Here's a corker from Brighton based collective Milk & Biscuits. 'White Noise' is a song of two halves, worlds apart stylistically, but forming an unexpectedly thrilling whole. Quite magnificent. 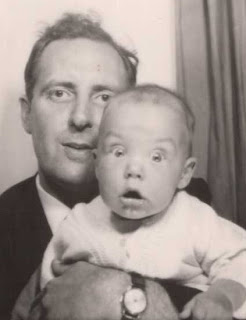 Previously on Saturday Scratch.
Posted by The Swede at 21:22 3 comments: 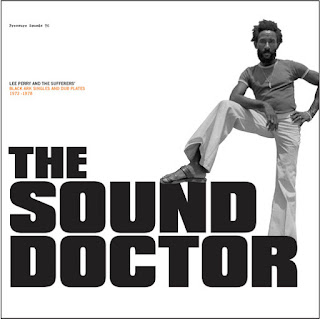 Previously on Saturday Scratch.
Posted by The Swede at 13:58 4 comments:

It's a brave man who takes on a Jeff Buckley song - step forward Kenny Anderson a.k.a. King Creosote who recorded this re-working of 'Grace' for 2005's 'Dream Brother' tribute LP to Jeff and Tim. Jeff was, of course, no stranger to the cover version, making 'Hallelujah' and 'Lilac Wine' his own on record, while taking on tunes by the likes of Dylan, MC5, Hank Williams, Led Zep, The Smiths and many more, on stage.

Watty Burnett was essentially a session vocalist for Lee Perry in the 1970s, on standby for whenever a Scratch production required a baritone harmony in the mix. This was exactly how he came to appear so prominently on one of the very greatest albums produced by the Black Ark, 'Heart of the Congos'. Indeed, Burnett's voice became so fundamental to The Congos' sound that by the time of the album's release he was a fully fledged member of the band.

In 1977, immediately prior to his adventures with The Congos, Scratch produced a solo single for Burnett, a cover of Brook Benton's 'Rainy Night in Georgia', re-titled 'Rainy Night in Portland'. Remarkably, the masterful 'Open the Gate' was originally hidden away on the flipside of that tune, only gaining a full issue in its own right in 1980.

After many years of providing backing vocals for such heavyweights as Jimmy Cliff and Bob Marley and participating in a number of Congos reunions, Watty Burnett finally released his debut solo album 'To Hell and Back' in 2002.

Previously on Saturday Scratch.
Posted by The Swede at 08:25 3 comments:

Pete and the Pirates

I'm sad to hear that Pete and the Pirates have called it a day. They were a definite notch above yer average indie band and their 2011 album 'One Thousand Pictures' is a big favourite here at Swede Towers . Sorry to see you go chaps.

Here's another one I posted earlier.
Posted by The Swede at 08:58 2 comments:

Labels: Pete and the Pirates

I'm a Heavier Dude Than I Used To Be

I've been making compilations for my own amusement on one format or another for over 40 years and have long regarded them as aide-mémoires or audio diaries - a reminder of what I was listening to at a certain point in time and, by extension, what was going on during that period of my life.

It started when I was ten or eleven, on my Dad's old reel to reel tape recorder, then on my own cassette player which I received for my 12th birthday. The cassette compilations continued on various upgraded bits of kit for 25 years, which is why to this day, after several big clear-outs, I still have a large number of them to sort through.

There then followed the short, glorious reign of the mini-disc. I loved the format. The editing facilities were worth the price of admission alone. You could play around with the running order and insert or remove tracks from the middle of the disc, all this and there was no tape to twist, stretch or snap. They were brilliant - and tailor made for the pedantic compilation maker like myself! The mini-disc, however, was quickly superseded by the CDR and, in the blink of an eye, by anonymous files on a computer.

I liked the idea of a snapshot of time - be it a 60 minute cassette or 70 minute mini-disc/CDR - and when I physically stopped 'creating' compilations in favour of dropping MP3's into a monthly file on my computer I found that, a) I would sometimes end up with 50, 60 or 70+ tunes and b)...I'd never listen to them! So a couple of years ago I started making little 8Track playlists online. Around 30 minutes of music that I'm currently grooving to - perfect. Back to my original premise, a simple audio diary. (And to Mrs S's delight, they take up no physical room in the house!)

I've been a bit lax lately, but I'm going to get back in the habit of putting together and posting the occasional 8Track playlist. There are around 35 earlier compilations here if you ever find yourself in need of half an hour's worth of aural distraction. Maybe one day, if I'm able to figure out the technology involved, I'll digitize and post a few of the really old tapes.

(While we're on the subject, you should also check out Singing Bear's regularly updated and always fascinating Grooveshark playlist over at Grown Up Backwards.)


I'm a Heavier Dude Than I Used To Be from swede on 8tracks Radio.

By all accounts the Lee Perry/Bob Marley relationship was a stormy one, not helped by Scratch's licensing of early Wailers tracks without Marley's consent. In spite of this, the pair continued to collaborate sporadically after The Wailers signed to Island Records - in 1975 for the non-album single 'Jah Live' and in 1977 with 'Punky Reggae Party'.

When they reconvened in late 1978, Perry put forward his own 10 year-old song, 'Who Colt the Game?', for Marley's consideration. Bob was reluctant, but, after some lyrical tinkering, gave it a shot, however tensions between the pair rose to the surface once again and the track was never completed, languishing in the vaults for 20 years.

An import Bob Marley & the Wailers compilation of dubious origin arrived in my shop in the late 1990's, with all the tunes you would expect to find, present and correct. Additionally, and without fanfare, 'Who Colt the Game?' was was in the track- listing. There were no sleeve notes to indicate it's source and I presumed it to be an unreleased demo. It was only later, when Island Records added the song to one of their own, better annotated, compilations, that the Lee Perry connection became clear.