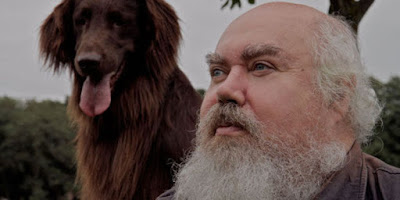 Bill Wells has collaborated with many fine artists over the years, in a rich variety of musical styles, most recently on an excellent pair of albums made with Aidan Moffat. His new long player, credited to Bill Wells & Friends, features a whole host of great names together on one record - Yo La Tengo, Deerhoof, Isobel Campbell, Annette Peacock, Syd Straw, Karen Mantler and Bridget St John among them. Oh, and did I mention that the whole shebang is produced by Teenage Fanclub 's Norman Blake? The LP is called 'Nursery Rhymes' and yes, it does what it says on the tin. 15 traditional children's songs, or at least what are popularly considered to be children's songs, are stripped of their sugar-coating in an effort to reveal the dark heart of the matter that lies beneath. The results are often bleak, sometimes unsettling and occasionally the stuff of nightmares. I've only had 'Nursery Rhymes' for a couple of days and in that time I've listened to little else. I've also taken to sleeping with the light on. Highly recommended.

Listen to the whole album here.


As a bonus, I can't possibly mention Bill's collaborations with Aidan Moffat without playing the masterpiece that is 'The Copper Top'. Birth, love and death - the only reasons to get dressed up. 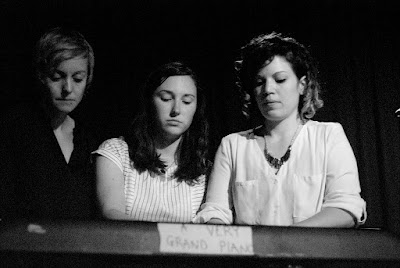 Derbyshire born, Norfolk based three piece, Haiku Salut, have variously employed the phrases 'loopery and laptopery' and 'instrumental-dream-pop-post-folk-neo-everything', in an effort to describe the music they make. Lazier commentators (like me) plump for the catch-all term, 'folktronica'. Their second long player, 'Etch and Etch Deep' arrived in the Summer and is an effortless blend of traditional instrumentation (ukulele, glockenspiel, trumpet) and electronic noodlings. Mighty fine it is too. Recommended for fellow admirers of Múm and early Four Tet. Listen to the whole album here.

Just lately I've been mildly obsessed with the stark 17th Century traditional ballad, 'Six Dukes Went a-Fishing'. The song, which was collected in 1906 by Percy Grainger, tells of the discovery of the Duke of Grantham's drowned body by a group of his peers. The later verses detail the preparation of the corpse for burial ('they took out his bowels and stretched out his feet') before describing the funeral and the Duke's widow in mourning ('the Royal Queen of Grantham went weeping away...')

Here are three distinct versions of 'Six Dukes', drawn from the many available. From 1960, leading folk revival figure, A.L Lloyd's second recording of the song, Shirley & Dolly Collins' unsettling reading from their 1970 LP 'Love, Death and the Lady' and an interesting contemporary approach by Mishaped Pearls from 2014.

Do me a favour. If, on your travels through thrift stores and flea markets in the States or charity shops and car-boot sales in the UK, you happen to stumble upon a reasonably priced LP by Kath Bloom and Loren MazzaCane Connors (any one of 'em), please clutch it close to your chest, hand over the necessary spondoolicks to the cashier, run home and contact me immediately - I'll see you right. Folk singer/songwriter Bloom and outsider guitarist Connors released half a dozen LPs together between 1981 and 1984, each in minutely limited quantities. I held one of those precious records in my sweaty hands once, about 15 years ago while in New York, and it was priced at over $200 then. These days, original releases from their slim catalogue turn up now and again on popular auction sites and can still command three figure sums, despite a couple of CD reissues in the intervening years. 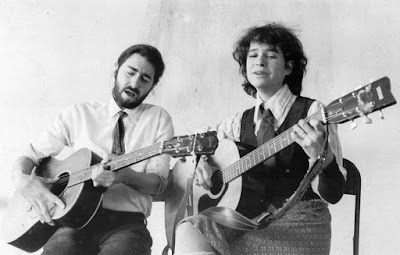 The music Bloom and Connors made together was a frail avant-garde-freak-folk, breathtaking in its intimacy. If you know one song by Kath Bloom, it'll be the wonderful 'Come Here', which featured prominently in the 1995 film, 'Before Sunrise'. 'Come Here' was re-recorded for the film by Kath, following a long period spent away from the music scene, raising her family. The original appeared on 'Moonlight', her final collaboration with Connors in 1984. Compare and contrast the two versions.

The story of this great song doesn't quite end there though. There exists an even earlier distant cousin to 'Come Here', entitled 'Come Here My Sweetest One'. It isn't the same song, though there are obvious themes that link the two. It's a thing of desolate beauty. 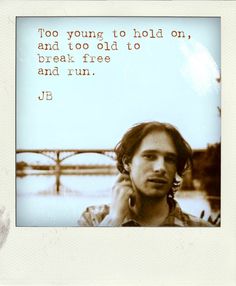 Born 49 years ago today and taken far too soon.

Return of the Bear 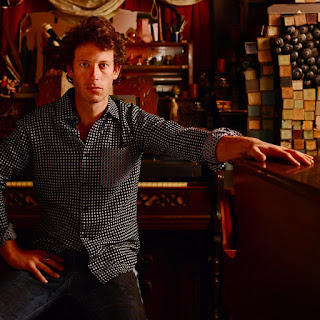 While at a terrific Sam Lee & Friends concert last night, retired blogging pal and fellow Sam fan, Singing Bear crossed my mind. I resolved to drop him a line when I got home, to report on the gig and have a general catch up. When I flipped open my laptop a couple of hours later, I was surprised to find an email from the very same Mr Bear awaiting my attention. His unexpected missive contained excellent news - the blogging Bear is back in action! Check out his sparkling new gaff here. Welcome back Singing Bear, the old place ain't been the same without you. (You missed a blinder last night mate). 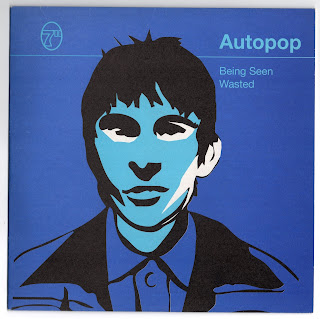 A while back, in the comments section of one of my blogging chums, I seem to remember contributing to a conversation about great 'lost' Britpop era singles. I think I may have even half-promised to dig out a couple of examples. With several ideas for potential posts bubbling away, but no spare time on my hands at the moment in which to knuckle down and write them, this appears as good a time as any to throw in one of the tunes I had in mind.

Autopop released just two singles in their short life, the glorious 'Being Seen' being their swansong. The A&B sides of both singles, plus a further four studio recordings,  were issued as a mini-album, 'Selection Box', on Vinyl Japan in 1996.

Very sad to hear of the passing of New Orleans giant Allen Toussaint. Lee Dorsey's 'Yes We Can', 'Fire on the Bayou' by The Meters as well as his own LP's, 'Toussaint' and 'Motion', all cropped up in my own record collection fairly early on and are cherished there still. Rest easy Sir. 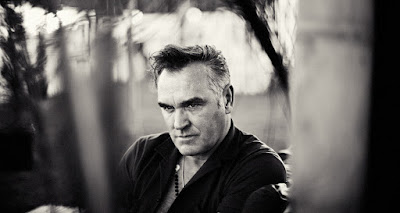 I've long contended that Morrissey should seriously consider putting together his own 'Pin-Ups' style album. Whatever you think of his recent recorded output, there's no denying the fascinating array of cover versions he's sprinkled through his live sets over the years (I've previously touched on a few of my own favourites here). At the end of August, in California, he performed what must rank as his least likely cover yet, a one-off reading of 'Are You Sure Hank Done It This Way?', written by Country legend Waylon Jennings. Extraordinary. 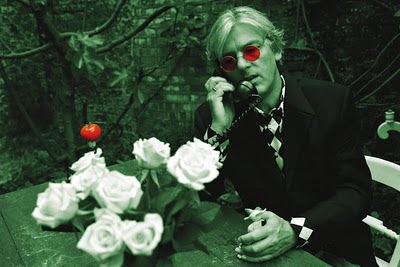