My shop was located in a town that's a little off the beaten track and so I missed out on most of the personal appearances occasionally granted to fellow indie stores in the area. In October 1988, however, Donny Osmond, then in the middle of a clutch of comeback singles on Virgin Records, dropped by to say hello. It was intended to be a quick low-key visit, where he'd sign a bit of stock before being whisked off to the next port of call, but sensing the chance of a little free publicity, I alerted the local newspaper who duly dispatched a photographer to record the event. 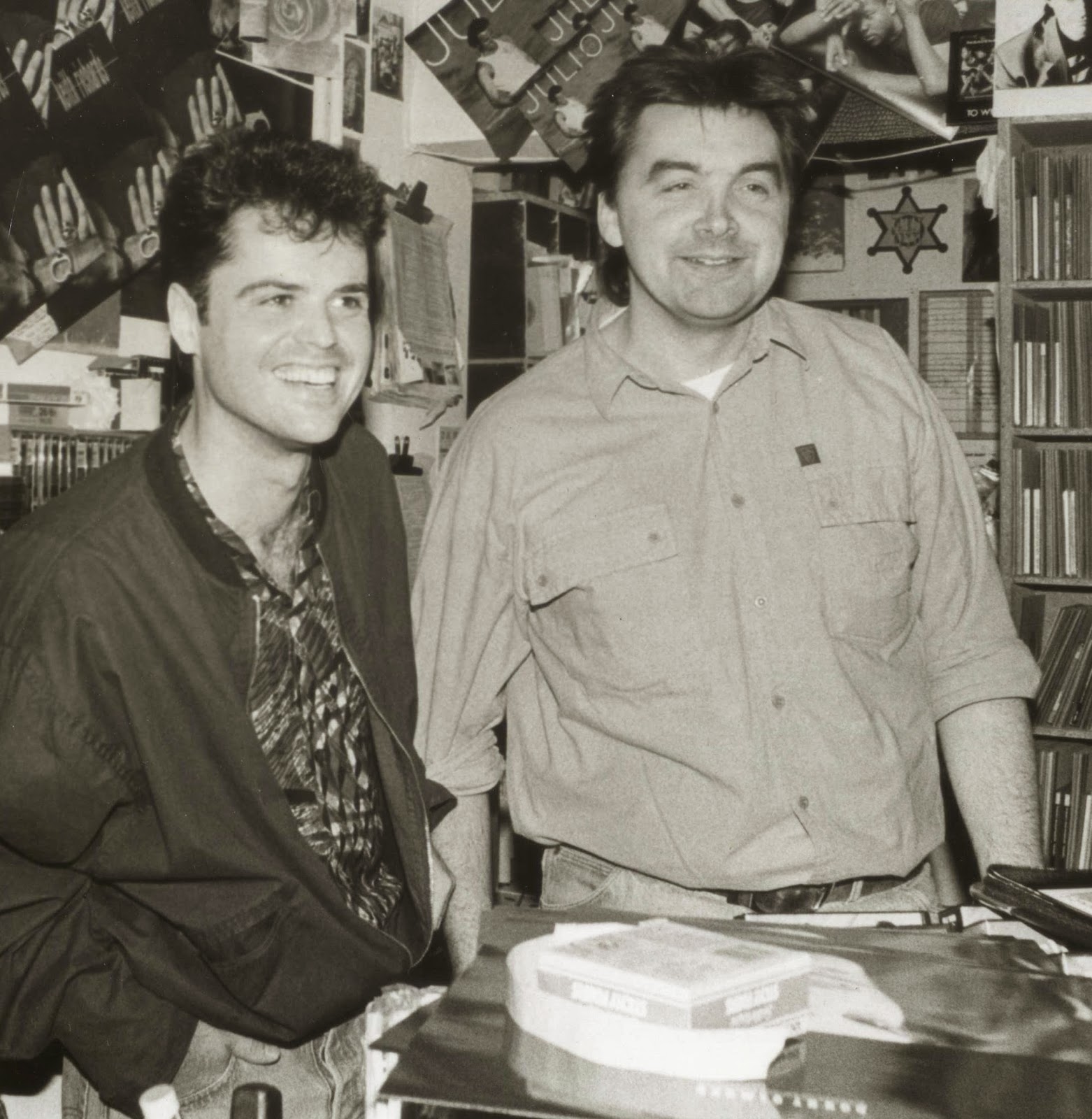 If you're thinking that this isn't a particularly flattering shot of The Swede, you'd be dead right. But you should have seen the one they published - on the front page of the newspaper! It was truly awful! Donny was, as you might expect, an absolutely charming guy, who spent most of his short time behind my counter quizzing me about reggae, a genre he was newly discovering. I carried precious little reggae in stock, but had a couple of my own compilation tapes to hand, from which I played him a few brief selections that he listened to intently. He was particularly taken with 'Warrior Charge' by Aswad as I recall.

No Donny on today's playlist, but flick back to the 1972 post (here) to hear him and his Brothers rocking up a storm. Instead, this is 'Carolyn's Fingers', my all-time favourite Cocteau Twins tune, taken from their 1988 LP, 'Blue Bell Knoll'.

Donny Osmond reggae fan!He has just gone up several notches in my estimation

Fantastic!
And all of a sudden my brief crush on Donny has returned for some reason!

As soon as I read "Donny Osmond", I couldn't help but think of C's fan club membership.

On the contrary, I think it's a nice photo of you, Mr. S! I'm envious that you took the plunge and opened your own record store. Though it would have taken a lottery win, to this day it's something I would have loved to do - though I'd likely have bankrupted myself by taking home the best stock for myself! ;-)

Looking forward to the next dubwise Donny LP. Great photo.

CC. I can't say that I'm an expert, but I've seen little evidence of a reggae influence in his subsequent work.

C. Haha! I wish I still have some of that autographed stock - you could pin a photo on your wall!

George. Tell me about it! I was 28 in the photo and Donny was 31. It looks the other way round.

Marie. I literally purchased the shell of a business, which had already failed twice by that point, so it really did come cheap.

Brian & Singing Bear. I'm glad everyone likes the photo. I had to really talk myself into sharing it!