Since We've Fallen Out 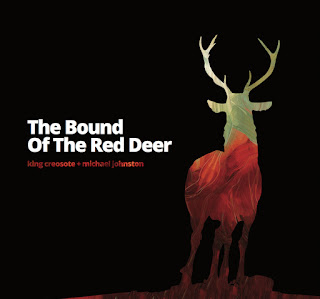 The new King Creosote LP, 'Astronaut Meets Appleman', is just hours away and has already garnered a clutch of favourable reviews from the music media. I posted 'You Just Want', the first taster from the album, over a month ago (here). I was getting excited then - imagine the state I'm in now. While 'Astronaut Meets Appleman' may be the official Domino Records follow-up to 2014's 'From Scotland With Love', Kenny has hardly been idle in the interim. 'From Scotland With Love' was actually one of three LP's he issued in 2014, the others, 'Loose Tea On His Wynd' and '3 On This Island', were both ridiculously limited editions and already change hands for big money on the interweb (I own neither, if anyone's feeling generous). 2015 was a slightly quieter year, with just one full length release, 'Småvulgär', limited again, though this time on CD only. In April this year KC issued 'King Creosote & The Queens of Brush County', a collaboration with female artists reinterpreting a selection of his songs and in May, 'The Bound Of The Red Deer', another collaboration, this time with Canadian musician Michael Johnston. The latter is an absolute must have and bucks the trend by remaining widely available to order. The standout tune for me from 'The Bound Of The Red Deer'  is an intense reworking of the already terrific 'Since We've Fallen Out', which originally appeared on the 2010 Burns Unit LP, 'Side Show'. Here it is, to listen only. Read more and buy the album here.

King Creosote and Michael Johnston - Since We've Fallen Out
Posted by The Swede at 07:00

KC Rules OK
That Burns Unit album is a belter

I got the record today and I have to say it is superb. I was sitting at my place for almost two hours listening to this timeless music. Think it will be one of these records that will accompany during my travels later this year. Cheers on KC.

Well! That's one hell of a track. Must say I'm confused about the various monikers -Burns Unit/King Creosote etc but I've added it to my 'wants list' tout de suite

Always great to get positive vibes about KC.
Sorry Spence, I was a little vague. Kenny Anderson has released 50-75 albums as King Creosote since the end of the 1990's, many of them in very limited quantities. Apparently, after concluding his promotional duties for 'Astronaut Meets Appleman', Kenny is going to trawl his archives and possibly reissue some of this stuff, which is great, if financially worrying news for me! The Burns Unit is an occasional eight-piece Scottish-Canadian supergroup, featuring Kenny along with Emma Pollock and Karine Polwart amongst others. They've only released the one LP so far. My (slightly biased) advice? Pick up any King Creosote LP you can find - they're all great!

The King is back long live the King. Love that track. Looking forward to the new album