When the Family Flies In 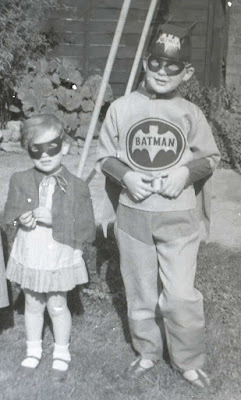 24 hours before my cousin, her husband and three kids were due to fly into London from NYC to visit her mum (one of the two elderly aunts often mentioned on these pages) last Summer, her youngest daughter suddenly fell ill. A routine visit to the doctor quickly escalated into an immediate hospitalisation lasting 8 months, during which time she endured multiple blood transfusions, chemotherapy, radiotherapy and ultimately a life saving bone marrow transplant. She's 13 years old. There were many dark days, but throughout them all, my cousin's amazing daughter maintained a positive, upbeat outlook that most of us would have found utterly impossible to contemplate. To cut a very long story short, she is out of hospital, back at school and doing well, although she cannot travel for at least the next 12 months and has to be extremely wary of catching any kind of infection. 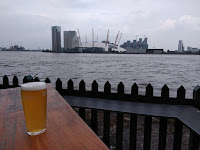 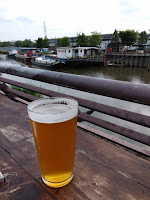 A couple of the stops on our reconnaissance trip

My cousin lived at the hospital with her daughter for the entire 8 month period so never did manage a UK trip in 2018, but in the middle of May this year, with her daughter recovering well at home, she flew into London alone for a brief visit to her 89 year-old mum. I travelled down and caught up with them both for three memorable days. As I've mentioned few times in other posts, my cousin and I were brought up in the same house as virtual brother and sister. She's my closest confidante and oldest friend. Whenever we've been together over the past 25 years, it's been with various members of her fabulous family in tow - and I wouldn't have had it any other way. This time however, we were truly able to wind down, kick back and properly catch up - it was much needed. And drink, we did that too. Venue reconnaissance for her mum's forthcoming 90th birthday party in August took my cousin and I to a selection of fine hostelries around the East End of London. All in the name of research, obviously.

Julia Jacklin's second LP, 'Crushing', is every bit as strong as her 2016 debut - actually, it's possibly even better. It's essentially a break-up album, so, with my domestic situation being as it is, I've consciously avoided interacting with it too often, but it comes highly recommended nonetheless.

Julia Jacklin - When the Family Flies In
Posted by The Swede at 07:00 11 comments:

I'm overwhelmed and humbled by the amount of positive vibes I received in the wake of my previous post a couple of weeks ago. I can't thank everyone who sent a message of support enough, whether in the comments, via email, social media or even in the form of a kindly thought - it means the world, it really does. I'm conscious of the danger of descending into lethargy, so, if I may ask your indulgence, I'm going to try to dip my toe back into the blogging world as part of an attempt to create some form of new normal for myself. I'm finding it hard enough to even get out of bed at the moment let alone string a few sentences together, so it might not be plain sailing, but hopefully there'll always be a half-decent tune attached to my meanderings. Thanks again - really.

Anyway, back to it. Here's one I prepared earlier.

The entire second side of the 1971 Focus LP 'Moving Waves' is taken up by the 23-minute instrumental 'Eruption', a (whisper it) prog reappraisal of the ancient legend of Orpheus and Eurydice, made up of of 15 short movements. The band are of course best known to the world at large for their pair of hit singles, 1972's 'Hocus Pocus' and the 1973 classic 'Sylvia'.

I'd like to take a moment to apologise for my ongoing low profile round these parts and more importantly offer genuine, heartfelt gratitude to those who have enquired after my well-being during my absence. The truth of the matter is that after 14 years together, Mrs S and I have separated and I find myself alone, isolated, broken, scared and struggling to function to be quite honest - the black cloud that engulfs me is so dense that it's nigh-on impossible to find a way through. I'm keenly aware that my problems are infinitesimal in the grand scheme of things, but currently I'm totally overwhelmed by them.

I bought 'Over' by Peter Hammill in 1977 when I was only 17.  The LP details the breakdown of a relationship in graphic, agonising, intimate detail, something I couldn't even begin to comprehend at such a tender age. It's far from easy listening, but right now every single line of 'This Side of the Looking Glass' rings so true that it's almost as if Hammill is sitting in the corner of the room, watching my suffering and taking notes.