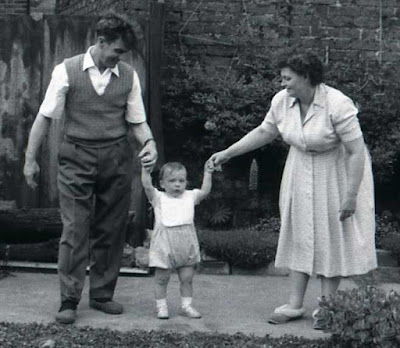 Social distancing wasn't an issue when this photo was taken at the end of our Walthamstow back garden in 1961. That's me looking a bit unsteady on my feet in the middle, with my hands being held aloft by my aunt and uncle, who we lost in 1978.
'Whistles blowing, people get on trains...' is the opening line of today's tune. I'm not sure how much whistles are still involved in modern day rail travel (the line should probably now read '...buzzers buzzing...' or '...digital displays flickering...'), but all being well, I did get on a train on Saturday evening and will be getting on another one to come home later today. After much soul searching and consultation with my cousin in New York, I decided to take a trip to London to visit my aunt, who's been living alone in virtual seclusion since March. In contrast to last year's grand celebrations, her 91st birthday passed quietly at the tail-end of lockdown. With travel between the UK and USA a strict no-no, my cousin could do little more on the big day than phone her Mum, send a bunch of flowers via Intaflora and ensure that she'd received the latest of her twice monthly grocery deliveries.
I haven't visited my aunt since January, which in itself is probably the longest period I've spent away from London in my entire life. Clearly I was unable to travel there during lockdown and I feel a definite sense of unease about doing so now, but the way things are shaping up, this could be the last chance for me to check in with my aunt this side of 2021. I'll be doing my best to keep a strict social distance in spite of the slightly cramped surroundings of her East London terrace, though I will have to move a little closer when I whip out my phone to connect the surprise Skype call my cousin and I have secretly made plans for. My aunt is strictly non-tech savvy, so this'll be the one and only opportunity mother and daughter (and grandchildren) will have to clap eyes on each other this year. I dare say it'll be emotional.
Here are Dave Rawlings and Gillian Welch, with a dark Dylanesque epic from 2015.
Dave Rawlings Machine - The Trip
Posted by The Swede at 07:00 7 comments:

A Time to Sow and a Time to Reap 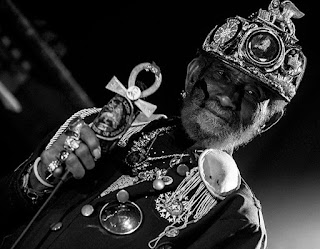 Ian Brown, Van Morrison, Noel Gallagher...erm...that bloke from The Corrs - the list of pop stars who've chosen to eschew science and embrace conspiracy theories seems to grow daily. And Lee 'Scratch' Perry? Well admittedly his starting point was possibly already quite a way from what many would consider to be the beaten track, but increasingly over the past couple of years his all-caps social media posts have given us still further insights into his own particular world view. Take for example '...THERE IS NO MORE RUNNING AWAY TO JAMAICA FROM THE CHEMTRAILS! POISON EVERYWHERE!!! AND NOW THEY ARE GOING TO ROAST US AND MICROWAVE US WITH THE 5G...' or  '...CA WILDFIRES ARE MANIPULATIONS AND WEAPONIZATION OF WEATHER AND WATER! CLIMATE CHANGE IS A LIE...'

Fortunately we have an almost bottomless treasure of sublime Scratch recordings, created in comparatively less terrifying times, to help distract us from some of his more recent, ill-advised musings. 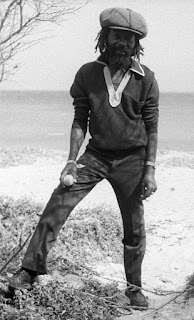 Many happy returns of the day to The Originator, Ewart Beckford, better known as the mighty U-Roy, who turns 78 today. Here he is on sparkling form back in the year of 1978, recorded live at the Lyceum just off The Strand in London, with a couple of his best known tunes. A damned good way way to kick off the week I reckon.

U-Roy - Chalice in the Palace/Wear You to the Ball

A Frail and Broken One 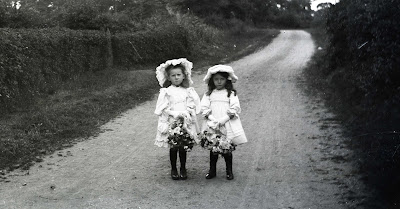 A few years ago, to add to my already excessive collection of anonymous photos, I purchased a couple of hundred antique glass negative plates. A selection of them were of particular local interest, which I sold quite quickly for a price that more than covered the cost of the whole lot. Since then, the remainder have sat on a shelf...waiting. Now as I pack my life into cardboard boxes in anticipation of an upcoming move, I have to find a way of safely transporting these ancient artefacts from here to there. They're frail, so I hope there'll be no broken ones at the other end. (Click on on any of these samples to enlarge the image).

Bill Fay - A Frail and Broken One

Under normal circumstances, if a combo continues to ply its trade after all the original members have, in one way or another, moved on, I'd consider that to be a tribute act. A notable exception to the rule is Gong, an outfit who, with its various offshoots and side-projects, is as much a continuum of musical ideas as a band (interestingly, another exception to the rule is fellow Canterbury Scene alumni Soft Machine). Instigated, nurtured and encouraged by Daevid Allen from 1967 until his death in 2015 (in spite of his own periods of absence from the core line-up), Gong continue to tour and release new music to this day, their latest LP being last year's quite wonderful 'The Universe Also Collapses'. The record features knowing nods to the past, but also keeps a keen eye on the future and I can warmly recommend it to all former, or current, Pot Headed Pixies. 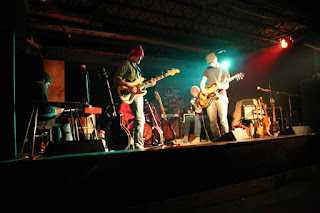 One of the fringe benefits of staying with a relative whilst on holiday, is that one doesn't have to cart unnecessary luggage halfway around the world. There was never any need to pack excess clothing when visiting my cousin and her family in New York, as her washing machine was always available to us and, by the time of our last trip in 2010 with three young kids in the apartment, that washing machine was invariably going morning, noon and night.

So our cases were half empty and we travelled light, at least on the way out to the US. On the way back however, we usually travelled very heavily indeed, our cases full to bursting. The reason? We spent much of our time between the going away and the coming home trawling through the myriad CD shops that were still to be found scattered around the Five Boroughs back then, most of which had dusty bargain bins crammed with interesting looking nuggets, often retailing at less than a dollar a pop. Throughout the noughties we bought home copious amounts of these cheap CDs from our NYC trips, really ridiculous amounts. Some were already on our shopping list, but many were spontaneous purchases, interesting looking oddities. Needless to say  a fair few of these CDs ended up in UK charity shops once we'd checked them out, the interesting covers being the extent of their attraction. Others led us to a fuller appreciation of the artists in question and on to further, full price, purchases, Ohio band The Six Parts Seven being a case in point. Best described as melodic instrumental post-rock, though with none of the bombast or tricky time signatures often associated with the genre, we eventually ended up with a clutch of their albums on our shelves after initially plucking 'Silence Magnifies Sound' from the bottom of a grubby cardboard box in a dimly lit corner of an East Village CD store in 2004, for the grand sum of 87 cents.

(This is my first attempt at using the new Blogger format. It'll take a bit of getting used to, but I think I've managed to stumble my way through the process without incident. The only thing I've so far not figured out is how to actually save the set date and time option - is anyone able to help a guy out?)

The Six Parts Seven - Changing the Name of October

Straight To The Copycat Head 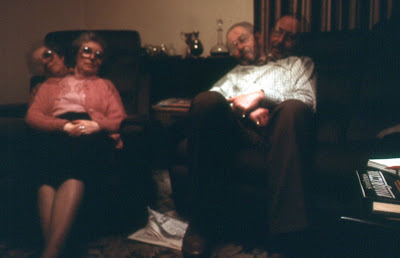 Much to my astonishment, the moment lockdown began easing, my estate agent called to arrange viewing appointments for Swede Towers. I'd naively assumed  that the last thing anyone would want to do would be to walk around a house that had been occupied throughout the whole period, but I was wrong and in the first couple of weeks I welcomed over a dozen masked and sanitised visitors into my home. It's a quirky place as I've mentioned before and so not suitable for everyone, but in due course an offer came in. It was substantially lower than I'd hoped for, though generally realistic given the age and condition of the place. Long story short, I accepted the offer and immediately went out and found a new gaff for myself. All that was a couple of months ago and, while the legal machinations rumble on, I've been steadily packing my life into cardboard boxes ever since. It's easy to get distracted from the endless endeavour, as I did the other day when rifling through the hundreds of old anonymous photos I still appear to possess, in spite of several, supposedly thorough, clear-outs. It's easy to see why I kept this one though - both amusing and slightly unsettling at the same time.

The appropriately titled soundtrack is provided by a sweet tune on the Bangarang rythm courtesy of the mighty King Tubby & the Aggrovators, which originally appeared as the flipside of  Derrick Morgan's 1975 single 'The Original Watering Man'.

King Tubby And The Aggrovators - Straight To The Copycat Head
Posted by The Swede at 09:49 9 comments: