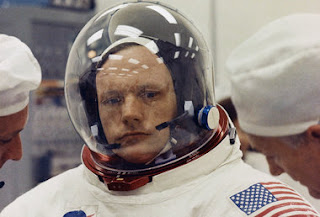 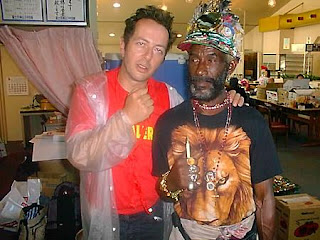 Previously on Saturday Scratch.
Posted by The Swede at 19:49 5 comments:

Everyone has one. At least one. One particular item of food (or drink) that can't be faced and who's taste turns the stomach. I have a friend who gags at the mere thought of carrots - which baffles me. I think of carrots as being crunchy orange water, innocuous enough and a good addition to a salad. He, however, will sit and pull every grated morsel from a meal before continuing - or better still leave the meal altogether, as he claims that he can taste the carrot residue. He is equally bemused by my nemesis.

The bane of my life is the humble mushroom - or the devil's shite, as I like to call it. Just typing the word 'mushroom' makes me feel uneasy, the smell makes me nauseous and if I ever unknowingly put a piece in my mouth...well, you can imagine the results. This unfortunate set of circumstances wouldn't be so bad were I not a vegetarian - not so difficult now perhaps, but when eating out at the dawn of the 1990s, the veggie option (if indeed there was one at all) would invariably consist of a big pile of 'em, in one form or another. Even now though, when dining in an unadventurous pub, I'll find I have a choice of mushroom stroganoff or veggie chili, the latter sounding great, until I discover that it, too, is loaded with the ghastly fungus.

On my gastronomic journey through life thus far, I've managed to overcome a handful of similar, though not quite as extreme, food hurdles, not least of which is the tomato, one of which I was literally forced to eat, despite my tears, by an unpleasant teacher whilst on a school trip when I was five years old. Looking back, I honestly believe that single event had a profound effect on me and it's only in the past ten years or so that I've been able to ween myself onto tomatoes, in any kind of solid form. I always knew I'd eat them one day though, I just had to keep working at it. Not so the mushroom. I know for certain that I'll never have a deep, fulfilling relationship with a shiitake or button or portobello......

(These ramblings were inspired by this terrific post)
Posted by The Swede at 08:47 5 comments:

Without people you're nothing

By all accounts, this weekend is going to be a scorcher, so there's really only one Lee Perry tune I could select as the heat piles on. Scratch wasn't actually referring to the physical temperature in this masterpiece, rather the song is barometer of the violent, political period during which it was recorded. Having said that, the pervading wonky, slightly wading-through-treacle feel, perfectly mirrors the mush my brain becomes after a few hours of anything over 25° - and today is going to be considerably warmer than that!

Enjoy your weekend and don't get burned.


Previously on Saturday Scratch.
Posted by The Swede at 10:14 6 comments:

I'm a silly boy. I haven't visited a dentist since 1987. The blame for this lies in the physical and mental trauma inflicted on me by my dentist at that time. He was a monster who seemed to revel in my fear and pain.

While not up to the gleaming standards of Keith Richards' or David Bowie's dental upgrades, my most visible molars are actually doing quite nicely, but out of sight, at the back of the mouth, problems are lurking. I'll spare you the gory details, but suffice it to say that if and when I do pluck up the courage to sign up to a new dentist, there'll be serious surgery involved. Surprisingly I've had no actual pain from my teeth over the last 25 years, perhaps if I had, it would have given me the kick I needed to seek out and join a new dental practice.

Last night, however, I woke at 1.30am with a prodding discomfort at the back of my mouth, but on the opposite side to where I would have expected. I took some painkillers and worried for a couple of hours before drifting off to sleep again. Come this morning, after closer inspection, it appears a piece of peel or pip had become wedged between tooth and gum, causing the pain. I breathed a sigh of relief, even though the inevitable has merely been delayed.

As I lay in the dark waiting for the painkillers to kick in, working myself into a state of panic, this tune rolled gently, but insistently around my brain. The band is Carissa's Wierd (yes, that's how they spelt it) and the tune, appropriately enough, is 'Farewell to All These Rotten Teeth' from their glorious 2002 LP 'Songs About Leaving.' The band split in 2003, leaving a small catalogue, of which this album is the peak. Mat Brooke went on to join Band of Horses and then form his current outfit, Grand Archives, while Jenn Ghetto currently trades as 'S'.

As mental preparation for what will one day surely come, if anyone has a positive dentist experience to share, I'd be delighted to hear it. Meantime, enjoy the tune and don't forget to floss.

'Love Thy Neighbour' by Ras Michael and the Sons of Negus is an album produced at the Black Ark by Lee Perry and originally released in 1979. That all appears to be straight forward enough, right? Well appearances can be deceptive and it's not as simple as it seems.

Apparently a dozen tracks were recorded by the band with Scratch at the helm in 1978 and over the years several different permutations of these tunes have seen the light of day, released under the 'Love Thy Neighbour' banner. Unfortunately though, so far, there has been no compilation of the complete sessions. So there's a massive opportunity for a label like Pressure Sounds to step in and gather together the definitive version of this great album.

My copy of 'Love Thy Neighbour' boasts just seven tracks and I've managed to track down a couple of others on my journeys around the interweb. The sound is haunting and drenched in echo, even by Black Ark standards, and the nyabinghi drums reverberate like a clattering heartbeat through each tune. The reverb and delay create a claustrophobic, menacing atmosphere throughout. I've read some criticism of the production being too murky and dense, but I wouldn't have it any other way.

Here are two tracks from the album. If you dig 'em, check out the rest, or at least those that are easy to find.

Enjoy the tunes and your weekend.

Previously on Saturday Scratch.
Posted by The Swede at 08:13 6 comments: