Apologies to fellow bloggers through whose pages I usually meander, but my laptop has unexpectedly taken a vow of silence and so I'm temporarily unable to listen to any of the tunes posted therein. I'm not tech savvy, so I don't know if it's the speakers that are at fault, the soundcard or, most likely of all, something stupid I've done, but hopefully I'll get it sorted before the weekend and be back catching up on missed posts and leaving my usual witty, incisive comments before you know it!

Meanwhile, this enforced period of radio silence is allowing me time to dig deep into my record & CD collections in a concerted effort to slim down the quantity and overall weight of my lifelong habit - floor space and ceiling strength being among our chief concerns at the moment.

Here's 'Strawberries Are Growing In My Garden (And It's Wintertime)' by The Dentists, a gently psychedelic pop gem from 1985 and a single that I wouldn't dream of parting with.

It's my age I know, but whenever Savages are played on 6Music (and with the recent release of their debut album, they've been played a lot) I turn to Mrs S and say...'this is a splendid racket, but it don't arf sound like Siouxsie & the Banshees in places...' Or words to that effect.

Today, however, to mark Siouxsie's 56th birthday, Tom Ravenscroft played a session version of the fantastic 'Placebo Effect' from 'Join Hands' by yer actual Banshees. It sounded magnificent coming out of the radio. To continue the celebrations, here's another corker from Bromley's finest.

A tweet from the venerable Sid Griffin, reminds me that May 24th 2013 was not only the 72nd birthday of Bob Dylan, but also the 22nd anniversary of Gene Clark's death. In his tweet, Sid also mentions 'Some Misunderstanding', a sublime song from Gene's masterpiece, 1974's 'No Other', which in turn got me thinking about a terrific interpretation of that song by Soulsavers, fronted by Mark Lanegan. Soulsavers have released four long-players to date, two of which feature Lanegan extensively - 2007's 'It's Not How Far You Fall, It's the Way You Land' and 2009's 'Broken', from where this version is taken.

Whether it's your 1st Bob Dylan concert or your 1001st, the chances are that by the time you enter the venue, you'll have a wish-list of songs you'd like to hear performed that night. It might be a great version of a favourite 'classic' from his catalogue that you're hoping for, or perhaps your fingers are crossed for a dusted off obscurity or rarely played gem. I, like many, have a wish-list of unlikely suspects as long as my arm - 'Dirt Road Blues' and 'New Pony' have been fairly high on it for years.

If we're talking unlikely scenarios, however, how about this? Bob and the band stand to receive their applause after the concluding blast of 'Thin Man', 'Watchtower' or 'Rolling Stone' and begin to file off the stage. Bob pauses, walks back to his keyboard and, alone in the spotlight, digs deep and gives us this.

Many happy returns of the day Bob.
Posted by The Swede at 10:15 6 comments: 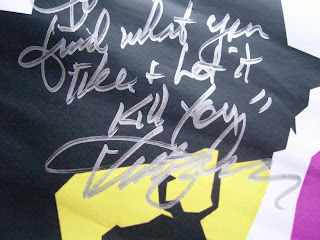 Technology, in the right hands, can sometimes provide such innocent fun.

Towards the end of the 1980's, Factory Records launched a classical music label with a handful of albums, which I dutifully stocked in my shop in order to support this interesting venture. Among the initial batch was an album by the, then, 30 year old English composer Steve Martland. I immediately found Martland's music recognisable and understandable to my predominantly rock mindset and went on to purchase a number of his subsequent releases.

Listening to the radio yesterday afternoon, it came as something of a jolt to learn in passing that Steve Martland died in his sleep last week, at the age of just 53. I immediately reached for a couple of those early albums and was gratified to hear that they remain as vibrant and powerful as ever.

Stevie and the Breadwinners

Here's a lost treasure from the Black Ark, dating back to the late 1970's.....hold it, hold it.....rewind selector. I cannot tell a lie, this very fine tune actually eminates from a group of musicians based in Manchester and was recorded at The Bakery Studio in Stockport circa 2013. Would you adam & eve it? 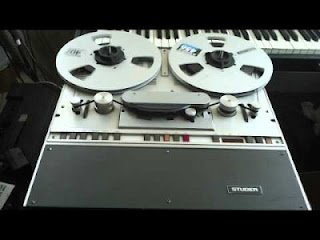 The Breadwinners, lead by Alan Redfern, appear to be the studio's house band and on 'Pass It To You' they accompany Stevie, about whom, regretfully, I can tell you nothing. Check out several more remarkable recordings from The Bakery here.

California's Milo Greene (a band, not a person) describe their music as cinematic pop - impossible to argue with after after taking in the Chad Huff directed, 'Moddison', which features video's for the band's songs, thematically linked to create an utterly captivating short film.

Milo Greene's self-titled debut album, released in the UK in January, is quite magnificent. Set aside 37 minutes of your day and get a load of this.

'Try to Remember' is a song from a musical, 'The Fantasticks', originally performed by Jerry Orbach in an off-Broadway production of the show in 1960 and thereafter covered many times in subsequent years.

Here's a bright 'n' breezy rocksteady treatment by Pat Kelly (often spelt Kelley), which appeared on the b-side of his 1969 single, 'How Long Will It Take?' I've had a scratchy copy of this 7" since the late 1970's, but on Sunday I was lucky enough to pick up an upgrade from a local car-boot sale for just 30p - good times!

Looking Through the Window

Something strange is going on around here. Our house has suddenly become a magnet for birds and I don't mean the general area, I'm talking about the building itself. Over the last week we've had a tit and two robins standing on the back door handle while tapping on the glass, and today, as I sat at my computer, I had a sparrow tapping at the window to my right and two collared-doves standing looking at me on the window sill to my left. Here's one of them. 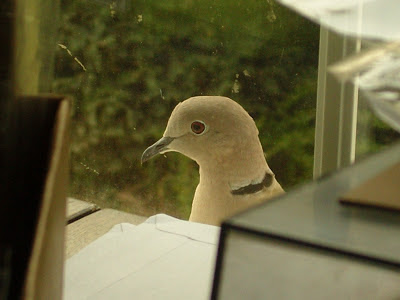 Even as I type these words, another sparrow has appeared and is tapping on the pane to my left. What's going on? Mrs S brought me an adhesive window bird feeder for my birthday, which is currently sitting on the table waiting to be attached to the outside one of these very windows. Perhaps word has got out and the locals are becoming impatient.

Labels: Birds, The Sea and Cake

Here's The Mighty Diamonds with their 1974 lament for lost love, 'Talk About It', together with a sweet version featuring Lee Perry's children, Marsha and Omar, chanting hypnotically over the rhythm.


Later that year, Scratch re-used the same rhythm for U-Roy's 'Yama Khy' and was clearly pleased with the efforts of his offspring, placing them high in the mix.

Previously on Saturday Scratch
Posted by The Swede at 20:26 2 comments: