On January 1st 2013, in my first post of that year, I raved about Hot Feet, a band I'd then only recently discovered and featured the wonderful title track from their debut EP, 'Wood House' (it still sounds as sublime as ever, check it out here). The EP was released in November 2012 and was eventually followed by a further EP, 'Mist is Dust', in October 2014. After that, it all went a bit quiet. The Hot Feet moniker was quietly dropped and a new one, Low Chimes, was adopted. Then, last year, crowdfunding feelers were put out among the faithful on the band's mailing list, to gather resources for a debut full length LP. I'd been so impressed with the EP's and the concert I'd seen Hot Feet perform in 2013 that I gladly shelled out a few quid to help them along the way. The LP, 'Illumine', finally sees the light of day in the Autumn, but the first single, 'Sleepwalking' arrived a couple of weeks ago and this, along with their recent superb 6Music session (here) has already convinced me that it was money well spent.

I've never been one to lie in bed for long. When I wake up I tend to get up and at this time of the year, as the sun rises ever earlier, I usually do too. So it was, that while taking a shower shortly after dawn one morning last week, I heard Foreign Fields being played on the radio by Chris 'The Hawk' Hawkins. Foreign Fields are not a band I've knowingly bumped into before, or if I have it's slipped my mind, but 'Grounded' really caught my ear - an engaging tune with a pleasing hint of digital jiggery-pokery, but not too much. The song is taken from the band's second LP, 'Take Cover', which is available now via their own website. I'll be giving it a listen.

My Life Is On the Line

How often, dear reader, have you opened a post of your own with the phrase 'I don't know very much about this lot, but....', or words to that effect? I know that I have, more than once. Today though, I give you My Life Is On the Line, a band that I genuinely know nothing about. Their music came to my attention back in the early noughties, during a period when I would get my kicks hanging out on various disreputable file sharing sites. In addition to having a virtually un-Googleable moniker, the band achieved an enhanced level of anonymity by neglecting to title their songs, merely numbering them...non-sequentially. The noise they make is vaguely post-rock in nature, bolstered by a Mark Eitzel soundalike up front. I have 10 songs by My Life Is On the Line nestling in a dark corner of my hard-drive and one more is available on YouTube (here), where, as of this writing, it has accrued a total of 23 views since it was posted....four years ago! At least ten of those are me, so we're obviously talking a band that's well under the radar here. If anyone out there knows of more recordings by My Life Is On the Line, or can furnish me with any information at all about them, I'd be very grateful.

My Life Is On the Line - Untitled Unnumbered
Posted by The Swede at 07:00 8 comments:

Labels: My Life Is On the Line 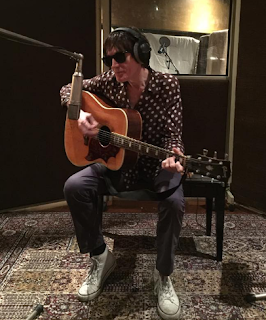 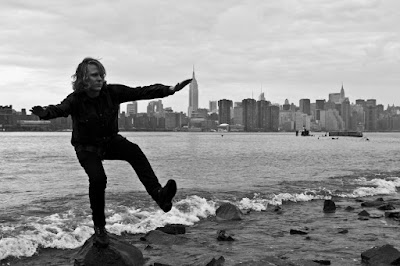 While under the clippers for a pre-birthday trim last week, I heard my hairdresser, who knows my bonce like the back of her hand, muttering something to herself. 'What is it?' I asked. 'Nothing really,' she said, 'I just noticed that your hairline is.....changing', she added delicately. 'Changing?'. I was confused. '....er, yes, changing', she confirmed sheepishly. I caught her reflection in the mirror - she was looking down at my widow's peak. The penny dropped. 'Are you telling me it's receding?', I blurted in exaggerated mock-horror. She briefly looked a little crestfallen at having even mentioned the subject, until I laughed, diffusing the moment. My once dark locks have long since turned silver, but still seem to grow quickly and relatively densely. The barnet may be thinning slightly on top, but my hairdresser is assured of my continuing custom for a good while yet.

I walked the short distance home whistling 'Take Care (To Comb Your Long Hair)' from Ty Segall's latest, self-titled LP (available here). Ty's catalogue is sprawling and increases in size on an almost monthly basis, but this one is right out of his top drawer. 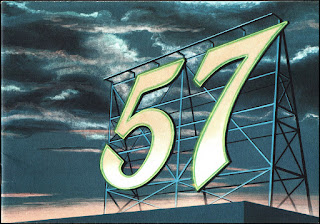 Somehow, don't ask me exactly how it happened, I seem to have reached the grand old age of 57. Last time I checked, I could've sworn I was hovering somewhere around my late thirties. In spite of previously doubting and poo-pooing the notion, it appears that the passage of time really does speed up as you get older. These days time doesn't so much pass, as hurtle by.

Whenever either of our respective birthdays roll around, Mrs S & I generally take ourselves off to the coast for the day to eat some chips, drink a beer, mooch about for a bit, then come home - the simple pleasures. This year, following several months of niggling health issues, we've decided to push the boat out a bit more than usual. As you read these words, we're on the last full day of a short break in deepest North Norfolk. We found a little bolthole a couple of years ago and remarkably it wasn't booked out for the Easter weekend. It's a self contained cabin in the middle of nowhere - a perfect base for exploring the coast, taking quiet country walks or simply staying put and chilling on the porch with a celebratory birthday beverage.

The Birthday Party - Happy Birthday
Posted by The Swede at 07:00 20 comments: 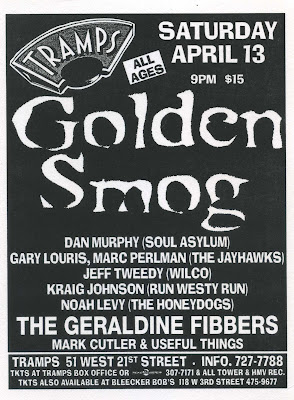 For their first full length LP, 1995's 'Down by the Old Mainstream', Golden Smog's fluid all-star line-up consisted of Kraig Johnson fom Run Westy Run, Soul Asylum's Dan Murphy, Gary Louris and Marc Perlman from The Jayhawks, Wilco's Jeff Tweedy and Noah Levy of Honeydogs. By the time the band rolled into New York on April 13th 1996, 21 years ago today, the membership was bolstered further by Tweedy's bandmate, the late Jay Bennett, on guitar and keyboards. Also in attendance were Soul Asylum's Dave Pirner and an unbelievably wasted Evan Dando. I know all this because I was there too - and I still have the t-shirt and flyer to prove it. Ronnie Lane's 'Glad and Sorry' was one of several well chosen covers played by Golden Smog that night and proved to be an outstanding highlight of their set.

(This one goes out to our pal Singing Bear, who's back in action with a brand new blog, The Road of Golden Dust. Check it out here.)

I'm Tired of You Satan 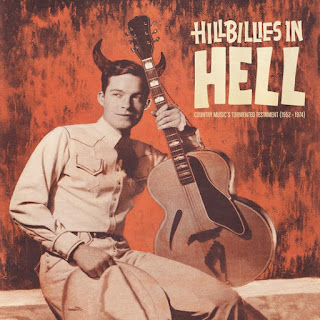 While idly browsing the old interweb the other day, I happened to notice that the splendidly named record label, Iron Mountain Analogue Research Facility, recently issued Volume 3 of their 'Hillbillies in Hell' compilation series. This was a surprise to me, as until that very moment I was unaware that there'd even been a Volume 2. I shall be chasing down these omissions from my collection forthwith, but in the meantime can heartily recommend Volume 1's tales of drug abuse, suicide and all manner of additional dark subject matters, performed by largely under-the-radar artists in a loosely Country / Rockabilly style. The fuzzy Gospel of 'I'm Tired of You, Satan', by the otherwise anonymous Wayne, Pat & Keith, is one of the album's jauntier moments.

A newsflash guaranteed to make a few of us shuffle a little uncomfortably in our seats.........the debut LP by The Clash is 40 years old this weekend. So by way of a tribute to the only band that mattered, here's Horace Andy's 2016 cover of 'Straight to Hell', the centrepiece of 1982's 'Combat Rock'. If you'd like to compare and contrast, Swiss Adam recently shared the original longer unedited version of The Clash's last masterpiece here.

Horace Andy - Straight to Hell
Posted by The Swede at 07:00 7 comments: 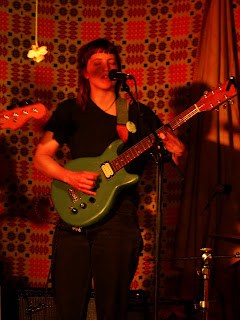 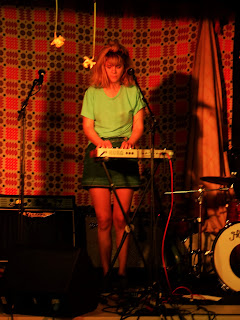 Last year I was privileged to witness Rozi Plain perform an intimate show at the visitor's centre of a nature reserve on the North Norfolk Coast (here). Yesterday I saw her play in another unconventional location - a small building situated next to the main runway of the former RAF Bentwaters base in deepest Suffolk. Rozi and her band, supported by Serafina Steer (of Bas Jan, another firm favourite of this parish) each played fabulous sets in aid of the Kids Kino Project charity. 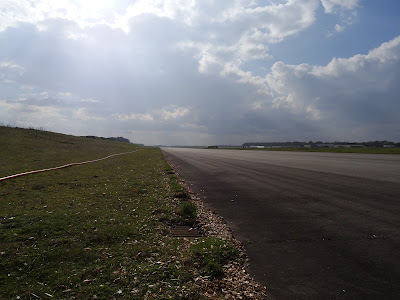 The view round the back of the venue

It was a family (and pet) friendly mid-afternoon event, starting at 3pm and all over by 6pm. As someone who is depressingly familiar with the chatter and disruption that seems to have become the norm at gigs these days, it was refreshing to be part of an audience that included many very young children and several dogs, all having a great time and behaving impeccably. Watch out for new music from both Bas Jan and Rozi Plain later this year.