There we were, Dad and I, wandering around a school fete in Leytonstone forty nine years ago, when I spotted the Hackney Speedway stall tucked away in the corner of the playground. It was a tanner a go to sit on a bike and pretend for a moment to be a speedway rider. I joined the queue and waited my turn. A few minutes later as I sat in the saddle, oblivious to the hubbub around me, twisting the throttle and dreaming my dreams, a shutter clicked and, before I knew it, I was on the front page of the local newspaper. What can I say? It was a slow news week.

'African Anthem (The Mikey Dread Show Dubwise)' is an album I'd happily recommend to anyone with even a passing interest in reggae. The LP does what it says on the tin, it being a joyous studio recreation of Mikey's famous Jamaican Broadcasting Company radio show of the late 1970s, complete with a selection of his own unique madcap jingles. The music was written, arranged and produced by Mikey and features a veritable who's who of 70s reggae among the cast of players - Sly Dunbar, Robbie Shakespeare, Ansel Collins, King Tubby, Augustus Pablo and Vin Gordon all contribute. 'African Anthem' was released in 1979 and has undergone several reissues in the years since, the latest of which apparently adds another half a dozen tunes to the original, virtually perfect, ten track running order.

Dread at the Controls - Headline News
Posted by The Swede at 07:00 3 comments: 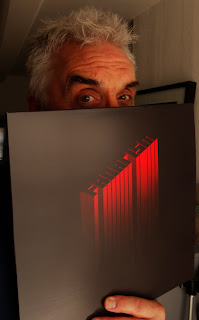 A year ago tomorrow, I finally got off my arse. After 30 years at the coalface of customer service, 28 of those in some form of management position, I walked away in 2011 and spent the next 6 years clicking about online, trying unsuccessfully to make a living. The break was only ever meant to be a stopgap to allow me to get over Mum's death and de-stress, but time drifted by. Last Summer, I bagged a temporary position at our local supermarket. Four 4 hour shifts per week, just about enough to cover the monthly bills. My first day was August 25th. The job is very straightforward and was immediately enjoyable. I replenish stock, handle reductions & waste and generally assist customers. Within weeks my hours were substantially increased and my contact was amended to a permanent position. Now I not only cover bills, but also chip away at a few debts and can afford the odd treat - usually in the form of music or artisan coffee. Crucially, I have no responsibilities. I go in, work bloody hard for 8 or 9 hours, then go home. It's bliss. My boss's boss approached me a couple of months ago to commend my work ethic and gauge my long term ambitions within the company. 'I'm 58' I replied. 'I'm working with nice people and doing a job I genuinely enjoy. At this point in my life, what more is there?'

'The Future Past' by Fanatism is one of my more recent treats. The Stooges meet Ennio Morricone while listening to Can.....in Sweden. It's the debut LP from a band that includes members of Kungens Män and Automatism, other firm favourites of this parish. Dig in and enjoy.

It's when listening to records like 'Short Passing Game' by Davy Kehoe that I'm almost glad I don't run a record shop anymore. I mean, what section would I put the damn thing in? For starters, Kehoe's label, Wah Wah Wino, marketed the release as a 12" EP, this in spite of the fact that it contains six tracks and clocks in with a whopping 40 minutes playing time. Then there's the thorny question of genre. Musically 'Short Passing Game' veers from strict motorik inspired beats to sloshing experimental waves of sound, from funk to punk, from jazzy splurges to unsettling dubby explorations. I picked up a copy in the middle of last year based on one ecstatic review having not heard a single note and I've never regretted my hasty purchase. I bought it online of course. I wouldn't know where to begin to look for it in a record shop.

It's late Sunday evening. We've just arrived home, I'm impossibly tired and typing this in an effort to stay upright until a somewhat respectable hour. My return to work is less than 48 hours away following a break that didn't go according to plan at all, though was pretty darned hectic nonetheless. I had very little opportunity to check out record shops while on my travels and Lord knows I'm no Charity Chic when it comes to rooting out the bargains, but I was quietly ecstatic to unearth a physical copy of 'Bränna Tid' (translates as 'Burn Time') by Sweden's finest, Kungens Män. It's a limited edition CD-R (one of only 60 copies made!) released in early 2017 by the band as a stop gap between their 'Stockholm Maraton' and 'Dag & Nat' albums. 40 minutes of music across three extended psych-tastic workouts. When I saw it tucked in the middle of the reductions bin of a Bethnal Green second hand store last week, I had to stifle a squeal of delight. £2.99? Take my money!

The wall of space-rock noise that constitutes 'Third War Three' appears to be the overall fan favourite from this release, but me, I'm just obsessed with the 14½ minutes of melodic meanderings that is 'K-rauta'. 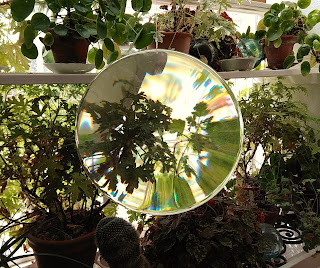 Many thanks to everyone who left birthday greetings for Mrs S last week. We had a fine old time in Cambridge, in spite of the draining 30+° heat. Memo to self though - next time spend a little more money and get a hotel with air-conditioning. As it was, it felt a bit like trying to sleep in a cardboard box stored inside a greenhouse. This week we're back in full-on work mode, then on Saturday I'll be up at the crack of dawn to travel down to London for a precious few days catch-up with the visiting American contingent of the family. Unfortunately Mrs S can't join me on this jaunt as she'll be busy prepping for a forthcoming four day artistic endeavour which commences next Thursday, I'll be returning from London on Wednesday to accompany and assist her. Long story short, my profile round these parts will be even lower than usual for the next couple of weeks. I'll try to schedule another interim post if I get a moment, but if it all goes a bit quiet for a while, you'll know why.

Here's The Soundtrack of Our Lives in 2012 with a corking approximation of the kind of noise Pete, Roger, John & Keith were making circa 1966.

The Soundtrack of Our Lives - Busy Land
Posted by The Swede at 07:00 No comments:

Labels: Mrs S, The Soundtrack of Our Lives

I've Got to Say This, I Hope You Don't Mind 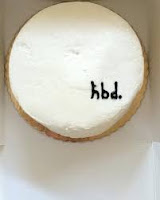 Today is a milestone birthday for Mrs S. She sees it as a very big milestone, though of course from my aged perspective it's just a modest marker in her journey through life. Mrs S is in the middle of a busy series of art related projects at the moment and I've been putting in long hours at work for some months, but to celebrate the occasion, we've taken a brief hiatus from our respective hectic schedules and, as you read this, are in Cambridge, doing cultural stuff and hopefully recharging the batteries.

Here's a song from one of Cambridge's finest sons. For Mrs S, now and always.