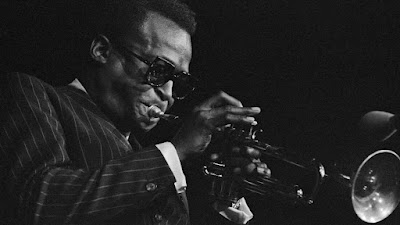 Many years ago, when this 'ere blog was in its infancy, I had an idea for a post, a kind of Desert Island Discs if you will, but in my case allowing for ten personal favourite tunes rather than the traditional eight. I mulled my selections over for ages, whittled them down and then ultimately declined to put up the results, realising that I could get ten individual posts from this idea, rather than a single overwhelming one. True to my word, some of those songs have made appearances on theses pages, here and there, over the ensuing years and today I'm featuring, if push comes to shove, my ultimate all-time favourite piece of music. It's a bold claim I know, but I find it difficult to put into words just how many hours of pleasure Circle in the Round by Miles Davis has given me.

Circle in the Round was recorded in December 1967 with Miles' core band of Ron Carter on acoustic bass, Wayne Shorter on Sax, Herbie Hancock on keyboards and the magisterial Tony Williams on drums. The crucial additional factor in the session was 21 year old electric guitarist Joe Beck . The resulting epic piece was ultimately shelved, bafflingly remaining unissued for 12 years and then only is the abbreviated 26 minute form shared here today. The full 33 minute session finally saw the light of day a further 19 years later, in 1998.

If you're expecting to hear a straight jazz tune, you won't. If you're expecting some kind of jazz-rock freak-out, you'll be disappointed. Circle in the Round is unique in the Miles Davis canon, completely unlike anything else he recorded. Heaps of tension, very little release and a recurrent theme that will stay with you for days. Hell, I've spent over 40 years trying to describe this piece of music and I'm not getting any closer to the truth of it today.

Do me a favour, mute all your other devices for a while and get an earful of this.

Miles Davis - Circle in the Round

The first two or three years seemed to pass slowly, perhaps because I was concentrating so much on Mum's health and wellbeing back then, but suddenly it's 15 years ago today that Dad died. Who knows where the time goes. He'd not been in great health for a number of years, though the end came very quickly and unexpectedly. I won't go into it all again now, but I wrote about that day in some detail here.

The family archive contains many photos of me as a youngster as well as plenty of me with Mum and other relatives. Photos of me with Dad are less plentiful for the simple reason that he was the family photographer. Here's a fun one though, of us in 1964 on a seaside miniature railway, no doubt taken by Mum as she shouted at Dad to make sure I held on! That's us two thirds of the way back, with Dad obeying Mum's instructions to the letter and me smiling at the camera like butter wouldn't melt.

Spencer Krug is a prolific Canadian musician, one of those artists whose output, across several simultaneous bands, is a devilishly tricky business to keep up with. I have nothing in the collection by Fifths of Seven or Moonface for instance, but I do own fine albums by Frog Eyes, Sunset Rubdown, Swan Lake and these guys. If you know only one song by Wolf Parade, it's probably this corker. 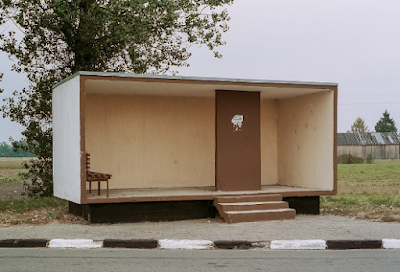 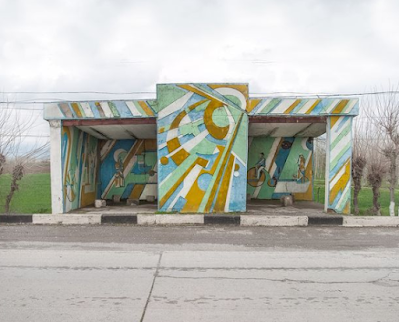 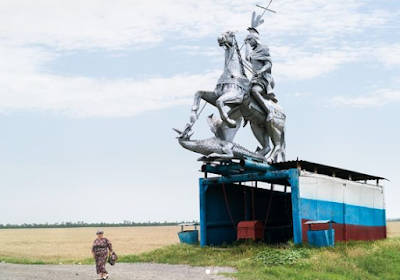 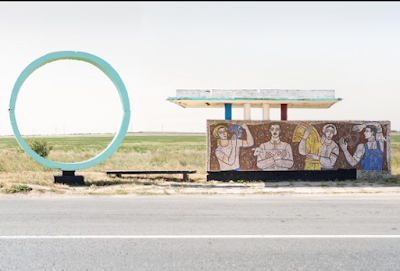 Instagram is the only social media gaff you're guaranteed to find me hanging out in these days. True, every now and then I'll check into Facebook or Twitter, usually to research a gig, band or some such, but increasingly the experience leaves me feeling utterly despondent about the state of humanity. My own Instagram posts generally consist of photos and minimal text, with walks, records and old family snapshots being the regular fare, much the same as this place come to think of it. Over there I also follow a variety of creative artists and sundry other special interest accounts. One such special interest account is that of photographer Christopher Herwig, whose Soviet Bus Stops project morphed directly from his earlier and equally fascinating documentation of Soviet Metro Stations. If you're at all interested in art, architecture or social history, take a gander at this remarkable, still growing resource. Attached are a few of his shots to give you the general idea.

The New Mastersounds - Bus Stop No.5 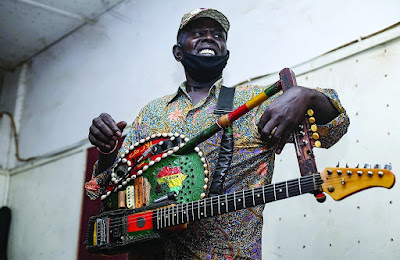 Chances are, that if you or I were ever fortunate enough to unearth a decent guitar in a skip, we'd be happy enough with that. In the early 1990s however, Sudanese musician Noori Jaber took his own lucky junkyard discovery home and promptly welded a traditional four string tambour to it, thus creating a unique hybrid instrument, the electric tambo-guitar.

Jaber is from the Beja community, based along eastern Sudan’s Red Sea coast and the music he makes with The Dorpa Band expresses the struggle to keep his culture alive. The Beja lineage can be traced back to ancient Egypt where the nomadic people were depicted in hieroglyphics and the roots of the tunes on the recently released 'Beja Power! Electric Soul & Brass From Sudan's Red Sea Coast' have been passed down from generation to generation. 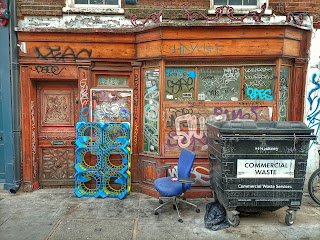 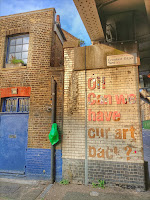 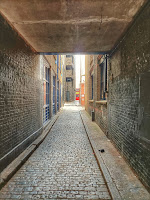 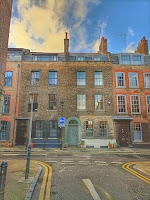 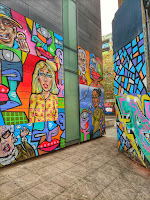 I've just returned from my longest visit to London in some years. My cousin from NYC was in town and I had the week off work, so we were able to enjoy a decent catch up with each other and of course with her Mum, the elderly aunt who's often mentioned on these pages. It was a good break, much less of a rush than my usual trips down the M11, allowing me the opportunity to spend several hours on Monday afternoon, wandering off the beaten track around the backstreets of E1 and E2. While ambling, I fired off a few shots with my trusty phone. I couldn't decide on just one to feature, so here are a handful of my favourites. Click on any of them to enlarge.

'London Is Swinging By His Neck' is the only physical thing I own by London born, New Zealand based musician Roy Montgomery. He's played in a number of bands over the years, though his solo work is more often than not lo-fi instrumental in nature. This particular tune however, features a spoken word vocal from writer/actor/director/singer Kirk Lake.

Roy Montgomery & Kirk Lake - London Is Swinging By His Neck 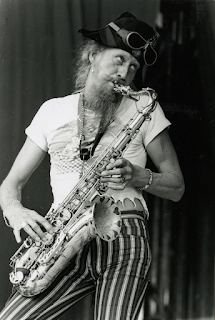 Nik Turner, original saxophonist, flautist and van driver for Hawkwind, died last Thursday at the age of 82. Turner was a crucial element of the band between 1969 and 1976, rejoining them for a further two year stint in 1982. Outside of Hawkwind, Nik was involved in more projects than you could shake a stick at over the years, working, at one time or other, with artists as varied as Jello Biafra, Steve Peregrine Took, Damo Suzuki, Sting, Genesis P-Orridge and reggae star Alton Ellis.

My immediate thought was to feature an early Hawkwind classic in tribute, 'Brainstorm' or perhaps 'You Shouldn't Do That' - seek them both out forthwith if you're not familiar with them. Instead I've gone even earlier, back to the very beginning. From Hawkwind's 1970 self-titled debut, here's the wonderfully bonkers 'Seeing It As You Really Are'. Rest easy Nik.

Hawkwind - Seeing It As You Really Are 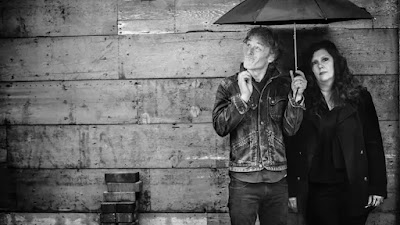 It's Sunday afternoon and the heartbreaking news of Mimi Parker's death has just been announced by her partner in Low and in life, Alan Sparhawk. Mimi was only in her mid-50s and had been living with ovarian cancer for two years. I was very fortunate to see Low live in 2013, a wonderful concert that remains fresh in my memory all these years later. I wrote a little about the spellbinding nature of that evening here.