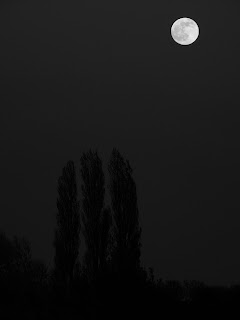 Between 1995 and 2001, before he began trading under his given name, Alasdair Roberts issued a series of recordings as Appendix Out. From the third Appendix Out LP 'The Night is Advancing', 'Year Waxing, Year Waning' strikes an appropriately ominous tone for the chaotic times in which we find ourselves.

Happy new year everyone. See you on the other side.

Appendix Out - Year Waxing, Year Waning
Posted by The Swede at 09:05 10 comments: 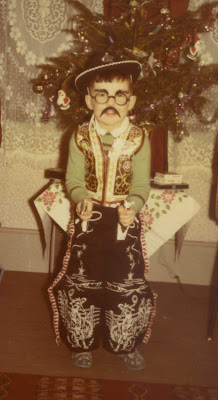 Howdy partners! It's the Walthamstow Kid here, calling in from Christmas 1963 to wish you and yours a happy, peaceful festive period.

Meanwhile in 2018, this is the current Christmas No.1 at Swede Towers. 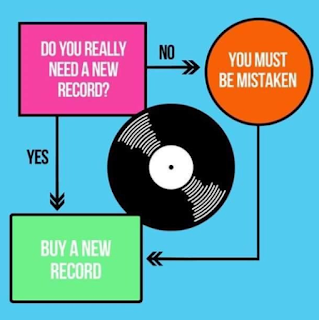 For a number of reasons, my head hasn't really been in the blogging game for some time now. Having said that, over at Before the Streets Were Aired (my other place), I'm just about to sail through the 1100 consecutive daily posts mark - where did that time go? Meanwhile, here on the good ship Unthought of Though Somehow, I'm doing my best to keep the blighter afloat by joining in with the weekly Monday Long Song fun, at the very least. Where to from here? I couldn't really say right at the moment.

I can say that it's been a very good year for music though. At the end of both 2016 and 2017 I bemoaned the fact that I'd spent the previous 12 months listening to more old music than new, but I'm pleased to report that that particular trend has reversed in 2018 and I ended up with a long-list of around 40 albums to choose from for selection in this year's round-up. Tomorrow I might pull a slightly different handful of records from the shelves, but for now, for today, (in alphabetical order) here are twelve of the many LPs that rocked my world in 2018. I've included a few tunes at the end, but click on the individual links to learn/hear more.

AMOR - Sinking Into a Miracle The first of two Richard Youngs related releases on this list, both issued within the past month. The Glasgow collective follow their incendiary pair of 2017 12" singles with a stonking debut LP. Mutant disco anyone?

The Coke Dares - Fake Lake 35 superbly crafted songs, bursting with more ideas than many bands can boast in the course of an entire career.

Kiki Pau - Hiisi  From melancholic pastoral loveliness to full-on poly-rhythmic wigouts and beyond, interspersed with occasional soothing birdsong interludes - what's not to love?

Massage - Oh Boy Do you, like me, love bands like The Feelies, The Go-Betweens & The Clean and music released on labels like Sarah Records and Flying Nun? Of course you do, in which case you'll probably love 'Oh Boy' too.

Brigid Mae Power - The Two Worlds A remarkable album that creates and inhabits its own universe. Gothic, hymn-like, confessional and fairly harrowing in places.

Richard Youngs - Memory Ain't No Decay Only issued last week, the 5th of Richard's eight 2018 releases I've picked up this year - and it's very possibly the best of the lot. I've already pre-ordered his next LP, due in January. 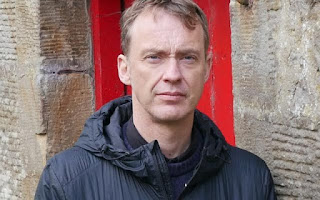 Since 1990 Richard Youngs has amassed a back-catalogue stretching to well beyond 150 titles. There have been at least seven new releases this year alone, eight if you include 'Sinking Into a Miracle', the barnstorming debut LP by Youngs fronted Glasgow collective AMOR - and I've already pre-ordered another new solo album scheduled for January 2019. Depending on where you choose to dip your toe, you'll find that Richard's work might touch on spoken word, acoustic avant-folk, mutant disco, musique concrète or all out sonic dissonance. Here, embracing the second of those loosely defined musical stylings, is the achingly raw 'Soon It Will Be Fire', from his 1998 album 'Sapphie'.

Richard Youngs - Soon It Will Be Fire
Posted by The Swede at 07:00 2 comments:

Following the success of their second LP 'Next...' in 1973, The Sensational Alex Harvey Band entered the studio to record their third album with the legendary Shel Talmy sitting in the producer's chair. In spite of Talmy's spectacular track record in the 1960s with the likes of The Who and The Kinks, SAHB weren't happy with the results, scrapping the recordings and sacking Talmy from the project. After reuniting with their longtime producer David Batchelor, SAHB re-recorded most of the material, issuing it as 'The Impossible Dream' in 1974. The Shel Talmy sessions remained buried in the archives until the release of 'Hot City (The 1974 Unreleased Album)' in 2009. I'd owned 'The Impossible Dream' for 35 years by the time 'Hot City' appeared on the scene, so I'm obviously biased, but for me the majority of the Talmy recordings pale beside their officially issued counterparts, though there are a number of interesting compare and contrast moments. 'Last Train', for example, features a somewhat more aggressive vocal from Alex, a slightly different musical arrangement and is two minutes longer than what would ultimately become 'Anthem', the closing track on 'The Impossible Dream'.

The Sensational Alex Harvey Band - Anthem
Posted by The Swede at 07:00 1 comment:

No-one Gets a Retraction 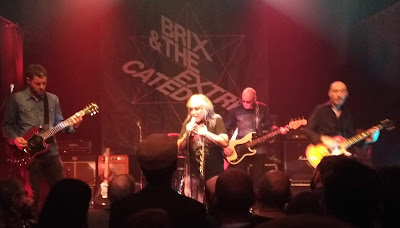 2018 has been a pitiful year for me in terms of live gigs - I barely scraped into double figures. A pathetic effort, easily my worst annual total since the mid-1970s. Fortunately I already have tickets for five 2019 concerts in my back pocket (two of which I'm ridiculously excited about) - a good start, let's hope it will continue.

My last gig of 2018 was the final stop on Brix Smith and the Extricated's 'Breaking State' tour. With two strong albums of original material under their collective belts, these days the band concentrate on their own songs, featuring just four from The Fall's back catalogue in their set - 'Totally Wired', Dead Beat Descendant', 'Feeling Numb' and a superb 'Glam Racket'. If I had one quibble, it would've been nice to have heard Brix's voice a smidge higher in the mix, but that really is me being very picky. They were absolutely terrific - seeing Brix and the Hanley brothers in full flight once again was a joy to behold.

Brix and the Extricated - Dog Face (Lost in Gdansk)

Labels: Brix and the Extricated, Brix Smith, Live, The Fall 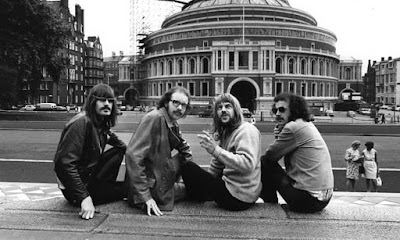 My penultimate concert of 2018 was a date on the 50th Anniversary tour of the legendary Soft Machine - this in spite of the band having actually formed 52 years ago. Robert Wyatt, Daevid Allen and Kevin Ayers passed from the ranks fairly early on and the last original member (Mike Ratledge) left as long ago as 1976. The current line-up consists of bassist Roy Babbington who played with the band from 1971-76 before returning in 2008, guitarist John Etheridge who has been there since 1975, the frail but phenomenal John Marshall, currently in his 46th year behind the drum kit and 'new' boy Theo Travis who has been contributing a bewildering variety of instrumentation since 2006.

'Out-Bloody-Rageous' is a Mike Ratledge composition from the band's 'Third' LP, issued in 1970. The current line-up revisited the tune on-stage the other night and in truncated form on their latest album 'Hidden Details', but here, featuring a line-up of Hugh Hopper, Elton Dean, Robert Wyatt and Ratledge, is the 48 year old 19 minute original in all its glory.

Soft Machine - Out-Bloody-Rageous
Posted by The Swede at 07:00 2 comments: