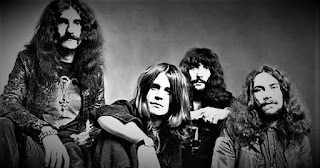 When Black Sabbath initially unleashed 'Vol.4' in the Autumn of 1972, my ears were probably too occupied with the recently released T.Rex masterpiece 'The Slider' to notice the kerfuffle. I came to 'Vol.4' a little later and it's always been my favourite of The Sabs' albums, though the follow up, 'Sabbath Bloody Sabbath', runs it mighty close. I saw the classic Ozzy-led line-up just once, a little after their prime perhaps, but they were still an impressively thunderous live prospect. 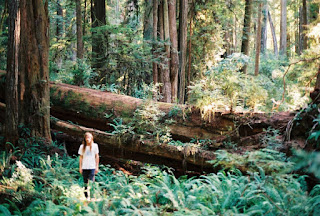 In the summer of 2020, Grant Beyschau (trading as Tambourinen), released 'Wooden Flower' on the cassette only Avant Unity Music label. Multi-instrumentalist Beyschau is best known for being one fifth of the current incarnation of far out Arizona psych merchants The Myrrors. With one listen of 'Wooden Flower' I was hooked and, given no indication of a more user friendly format on the visible horizon, snapped up one of the 100 tapes produced. Fast forward to the end of the year and the ever dependable Cardinal Fuzz imprint popped up with an LP release, limited to 500 copies. I was delighted to be honest - that cassette was never going to be played.

The Big Six One 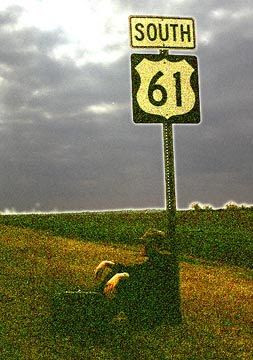 A group of us at work who were due to celebrate a milestone birthday or anniversary last year, came to an informal agreement when it became increasingly apparent that no-one would be doing any celebrating whatsoever in 2020. We decided to ignore the usual protocol and steam into 2021 intent on marking the traditionally less celebrated occasions -  22nd or 51st birthdays, 26th wedding anniversaries etc. In that spirit, I've spent the last couple of weeks bigging-up my impending Big Six One, which has duly arrived today. Is it wine o'clock yet? 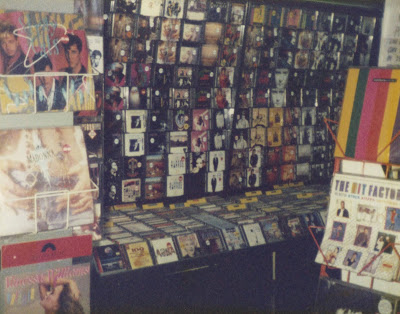 March 25th - the date was naggingly familiar, but for a while I couldn't put my finger on exactly why. And then I remembered. It was on that very day, 21 years earlier, that I closed the doors on my little record shop for the last time. 21 years...blimey. The numbers pile up. By the time I took on my own business, I'd already been working in record shops for 7 years. Then I spent 14 years behind the counter at my place. Now it's been 21 years since it all ended. Sometimes it feels like only yesterday - sometimes it seems like a very long time ago indeed.

I recently came across the photo at the top of this post in the middle of a negative strip. It looks very much like 1989 to me. I've no idea why I took it, unless it was to document my recently purchased CD racking, which cost me an arm and a leg, but, as I tried to explain to my long-suffering bank manager at the time, CDs are the future y'know! 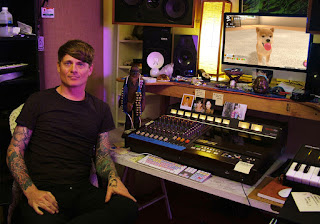 Now I'm known to have become obsessed with a few prolific artists in my time, but even I struggle to keep up with all of John Dwyer's many musical adventures. Best known as motivator-in-chief of Thee Oh Sees (aka OCS, Osees and sundry other variants) and guv'nor of Castle Face Records, Dwyer is the dictionary definition of restlessly creative. He's also released records under such monikers as Netmen, Dig That Body Up, Zeigenbock Kopf and, most recently, Witch Egg. Dwyer had a hand in a couple of my favourite LPs of 2020, one of which was 'Bent Arcana', recorded in cahoots with a stellar cast including Peter Kerlin from Sunwatchers and TV on the Radio's Kyp Malone, a man who, by the by, once made me an espresso in a Williamsburg coffee shop.

I could offer influences and comparisons for Bent Arcana's music, but this comment left by someone who purchased the album from their Bandcamp page captures its essence nicely:

'Cosmic music from another dimension transmitted via your brain-stem to usher in a new era of fraternity and respect for all'
Bent Arcana - The Gate
Posted by The Swede at 09:20 2 comments:

One of the earliest books that I can remember having a lasting effect on me was Rogue Male, a 1939 thriller by Geoffrey Household. I must have been around 10 years of age when I read it, along with the rest of my English class at junior school, but vivid elements of the story have stayed with me over the ensuing half century, in particular a tightly written chase scene around Aldwych tube station and the claustrophobic later chapters where our unnamed perpetrator hides underground in the hollowed out bank of a remote country lane in Dorset.

I had my first AstraZeneca jab one morning last week and for the following 6½ hours thought I'd got away with it, but then, over the course of just 45 minutes that evening, I went from feeling completely tickety-boo to suffering full-on flu symptoms. Shivering violently, sweating profusely and with my head thumping, I took myself to bed, where I stayed for much of the next 48 hours, phoning into work sick for only the second time ever. Firing up the BBC Sounds app on my phone to murmur away in the background for company as I drifted in and out of a fevered state of consciousness, I discovered that a fifteen part, 2004 serialisation of Rogue Male, read by Michael Jayston, had recently been repeated on Radio 4 Extra and was available to listen again, so I let the whole story go round and round on a continuous loop for most of the two days, missing great chunks when I sank into a fitful sleep and picking it up again when I came to.

Feeling a bit better on the third day, I returned to work, but my head still wasn't quite right. Indiscriminate thoughts kept popping into my muddled brain throughout my nine hour shift, which seemed for all the world like hazy half forgotten memories of real events, but were actually random scenes from Rogue Male, absorbed while in my delirious state and now seeping out into my mind as I worked. For a while it took a real effort to separate fact from fiction - a very odd sensation indeed.

A mate, one month younger than me, had his first jab on the same day as me with absolutely no side effects whatsoever. My Aunt, at 91, thankfully sailed through both her jabs without issue. Conversely, another guy at work, fifteen years my junior, was rendered totally out of commission for five full days following his injection. There seems to be no rhyme nor reason. My second run-in with AstraZeneca is slated for the first week of June - I've already taken the precaution of booking a couple of days off work, just in case.

Teacho & the Students - Chills and Fever