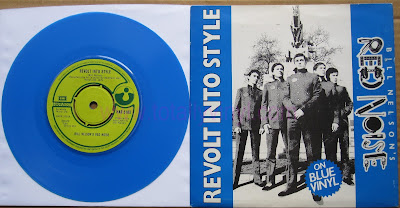 Bill Nelson's Red Noise - Revolt Into Style
Posted by The Swede at 07:00 7 comments: 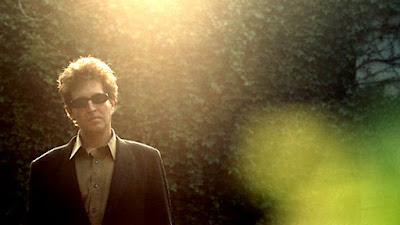 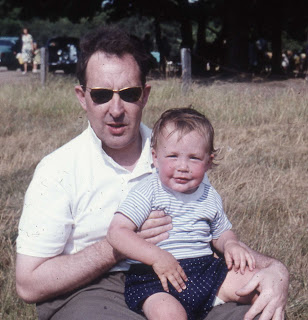 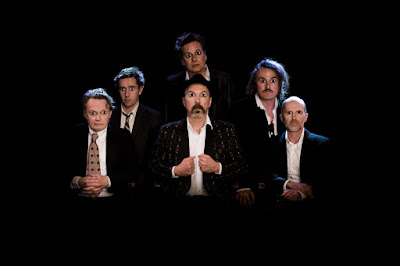 Well wouldn't ya know it. Just a few weeks after I bemoaned the lack of any recent music by The Blackeyed Susans (in this post), along comes a brand new EP - hopefully the precursor to a full length album in 2017. 'Lover or the Loved' is scheduled for release on December 2nd, though one of the EP's four songs is already available to enjoy - and what a stunner it is. 'The Good Life Never Ends' was written by the late great David McComb of The Triffids for his final band Costar, though his recording has never received an official release. 'The Good Life Never Ends' clearly means a lot to The Blackeyed Susans, as they've previously recorded an intense live reading of it in 2008, for a David McComb tribute album. Here are all three versions.

The new Blackeyed Susans EP 'Lover or the Loved' is available to pre-order here. 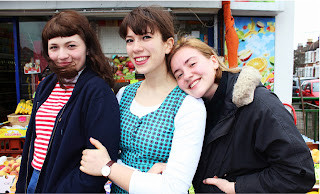 Mrs S & I returned from our London odyssey a couple of days ago (she exhibiting her ceramics on the King's Road, me odd-jobbing for my elderly Aunt in East Ham) to a world without Leonard Cohen, Robert Vaughan, Leon Russell & Mose Allison and where Donald Trump will soon be the most powerful man on the planet. Donald Trump. I'm still reeling. Since we got home, I've been doing my best to catch-up with as many blogs as possible. It'll take a while, it's been quite a week. Swiss Adam has the right idea - fight the darkness with 'up' tunes - melodies to make you whistle and hum. In that spirit, I humbly submit 'Trouble', the forthcoming Moshi Moshi 7" single by North London band Girl Ray. It may be a song about 'apathy and hating yourself', but my goodness, what a great pop song it is. 'Trouble' is released in a limited edition of 300 on November 25th. Order it here, but be quick about it.

One Saturday afternoon a couple of weeks back, I spotted a comment on a post over at Is This the Life by a reader by the name of Iano1, recommending an album by a band I'd never heard of. The post in question was one of the stops on TheRobster's brilliant World Tour series. The recommendation by Iano1 was for 'House in the Tall Grass', the third LP by psych-infused Japanese band Kikagaku Moyo. I'm always intrigued when I get a recommendation on the back of something I already like, so without further ado I checked out 'House in the Tall Grass' on their Bandcamp page. Rather good it is too. Thanks Iano1. 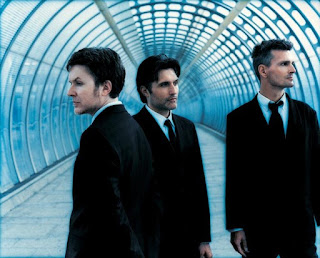 The one record I own by David Sylvian is a 2005 album entitled 'Snow Borne Sorrow', which is credited to Nine Horses, a collaboration between Sylvian, Steve Jansen and Burnt Friedman, with assistance from Arve Henriksen, Stina Nordenstam and Ryuichi Sakamoto. 'Snow Borne Sorrow' is an icily beautiful thing. I admit that I know little about Sylvian's work in general, but I can't imagine he's ever put his name to anything quite so sublime as 'The Librarian'.

Nine Horses - The Librarian
Posted by The Swede at 07:00 2 comments: 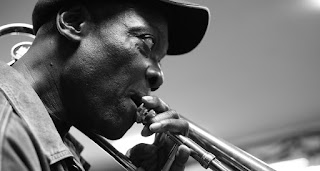 Here's one that sometimes causes a bit of confusion. The mighty 'Heavenless' has long been credited to Don Drummond Jr & The Skatalites, although in reality, the trombone on this Clement Dodd produced Studio One scorcher is the work of Vin Gordon. I only own this classic tune on CD, though I'm pleased to note that Soul Jazz Records have recently reissued it on 12". I have to say that I'm extremely tempted.

Vin Gordon - Heavenless
Posted by The Swede at 07:00 4 comments:

Mrs S has been beavering away in her studio for the past couple of months, fashioning as many ceramic delights as possible for an event taking place in London in a couple of days time. We're heading off to the smoke tomorrow morning and won't be back for at least a week. I've had to up my game in the real world while she's been in full-on creative mode, which means I haven't had much time to prepare posts to cover my absence, but I now find myself with a couple of hours to spare, so I'll see what I can achieve when the pressure's on!

Here's something that dropped into my in-box over the weekend. The band is called Opposite Sex and they hail from New Zealand. The phrase 'New Dunedin Sound' has been bandied about in relation to Opposite Sex, though they possibly wouldn't thank me for repeating it. They've described what they do as 'an absurdist-logico mix of Euro pop, Beat poetry, and subterranean lo-fi adventuring'. Their second album, 'Hamlet', gained a limited self-distributed release last year, but has recently become more widely available. From it, this is 'Oh Ivy'. If you're intrigued by what you hear, check out the whole album. See you in a week or so.

I first heard Visqueen's spooky interpretation of the popular 1968 TV theme 'White Horses' on an episode of Andrew Weatherall's 'Music's Not For Everyone' radio show back in the summer. This oddly disturbing reading of a seemingly innocent little song has just been released on a compilation, 'Easy Listening Vol.1', through Must Die Records. The tunes on 'Easy Listening Vol.1' emanate from the Tse Tse Fly multimedia art cooperative in Dubai and range from the mildly haunting to the frankly terrifying. None are what I'd necessarily think of as easy listening. If the sound of 'White Horses' whets your appetite, you can check out the whole album here - if you dare. 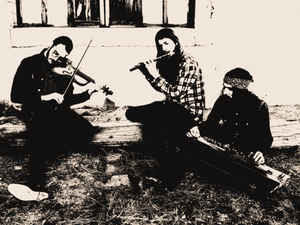 These days, we all have the technical capability to prepare individual playlists to suit every specific occasion - the shower, the school run, the morning commute, the gym etc etc. I must admit that I usually just stick to old fashioned, unthemed compilations, though were I pressed to put together a playlist to accompany me as I stood on the central reservation of the M25 during rush hour, 'Entranced Earth' by The Myrrors would be the first tune on it. 'Entranced Earth' is the title track of the Tucson band's third LP, which was released earlier this year. It's relentless, claustrophobic and more than a little unsettling - and, to be perfectly honest, I'm also finding it a bit addictive.

Check out the whole album here.
Posted by The Swede at 07:00 3 comments: