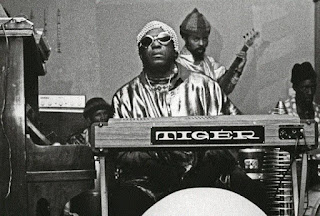 Throughout long shifts in the supermarket over the weekend, I saw and heard things that caused my colleagues and I to wonder aloud what exactly the human race has become. In what is usually a friendly, good-natured working environment, rudeness, verbal abuse, meanness and greed had suddenly become the norm. We're all worried and no-one knows exactly what's happening or what comes next, but surely we can at least maintain a bare minimum level of civility and respect for each other as we go forward.

'Space is the Place' claimed Sun Ra and his Astro Intergalactic Infinity Arkestra in 1973 - and they could well have a point. Earth certainly isn't a barrel of laughs at the moment. 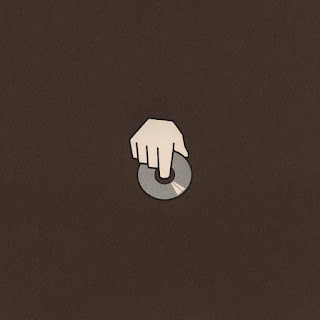 Swede Towers has been on the market for a few months now and in that time many people have wandered its rooms and hallways with my estate agent in tow, though unfortunately no-one has as yet reached for their cheque book to take it off my hands. Being the proactive geezer I am, I've already commenced the painful business of dismantling shelves and boxing up personal belongings in order to be one step ahead of the game should an unturndownable offer suddenly come my way. The record and CD collections that have only been out of boxes from the previous move for a couple of years are now being packed away all over again. It's a fairly slow process as I'm rediscovering (and playing) all kinds of half-forgotten gems as I go, obvs.

Here's one such old favourite, a catchy slice of melodic post-rock electronica from the combined talents of Baltimore band Sonna and Brooklyn-based multi-instrumentalist Xian Hawkins, who trades under the name Sybarite. This is 'Make Shift', the lead track from a 2002 EP on Temporary Residence Limited.

Sonna/Sybarite - Make Shift
Posted by The Swede at 07:00 2 comments:

Hot Blood Can Get Chilly

Dave Hill's recent sacking of Don Powell, his friend and Slade bandmate of 57 years, allegedly via the cold medium of email, leaves an unpleasant taste in the mouth of this old glam-rocker. Hill and Powell along with various hired hands kept the spirit and music of Slade alive after the respective departures of Noddy Holder and Jim Lea brought a creative end to the band in 1992. While in reality they've been little more than a glorified tribute act ever since, one might have hoped that as they each approach their 74th birthdays, they would've been able to see out their long careers together. We're obviously not privy to all the ins and outs of the situation, but life is surely too short for this kind of malarkey, as Powell's subsequent minor stroke attests.

Coincidentally, at around the same time as Dave Hill's announcement, 6Music DJ Mark Radcliffe shared this superb photo of himself with Roy Wood and Noddy Holder, with the caption '...a lovely lingering lunch at the Lazy Trout with the grand viziers of glam...' 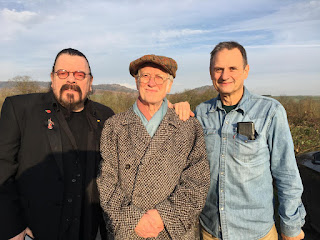 Stylistically atypical despite being released in 1973 at the very peak of Slade's glam success, 'Kill 'em at the Hot Club Tonite' appeared as the b-side of the massive hit 'Skweeze Me, Pleeze Me' and is a nod (if you'll pardon the pun) to Holder's love of Django Reinhardt. 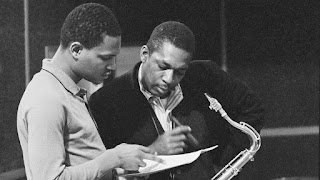 The hugely influential jazz pianist McCoy Tyner passed away last week at the age of 81. His dense 60 year discography includes sessions with legendary artists such as Wayne Shorter, Grant Green, Art Blakey, Stanley Turrentine, Lee Morgan and, most notably, John Coltrane, with whom he recorded over 25 albums worth of material. In a very busy musical life, he also issued 70+ LPs under his own name. By way of tribute, here's the epic title track from Coltrane's 1962 album 'Olé', which features a stellar line-up of Tyner, Trane, Freddie Hubbard, Elvin Jones, Art Davis, Reggie Workman and Eric Dolphy. 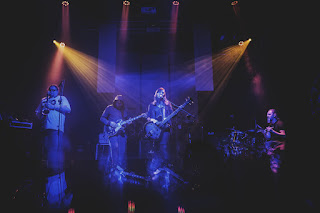 There's been a substantial amount of Scandinavian action on these pages in the recent past, particularly in the Monday Long Song slot, but today we move down to Pomeranian Voivodeship in North Western Poland. Lonker See released their third studio record, 'Hamza', at the beginning of February and kick off a short run of UK dates towards the end of March. I'm hoping to make it to a show. Their particular brand of psych-sprinkled, stretched-out experimental space rock jams are completely up my street and I can only imagine that they'll be a live proposition to savour. Check out 'Hamza' in full here.