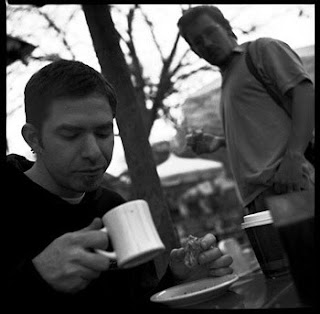 The Dylan Group out of Washington DC were all done and dusted by the time I stumbled upon their music in the early noughties, leaving behind a slim body of work released between 1997 and 2000. I'm pretty sure that I bumped into the bafflingly titled 'Gazer =[(Shoe)(Star)]2 + Beat' on my virtual travels around the internet, which prompted me to hoover up their entire catalogue on my actual travels around the many second hand CD stores situated in New York in those days. Back then I would to fly out to visit my cousin and her family with a half empty suitcase and return home loaded down with so many dusty $0.50c CDs that I could barely lift it. Anyway, all these years later this sparse, persistent tune is still the one of theirs I return to the most. (The occasional dubby echo on the drums always reminds me of 'Bela Lugosi's Dead'.) Dylan Cristy and Adam Pierce, who did most of the heavy lifting with The Dylan Group, are better known for their day job as members of Mice Parade. 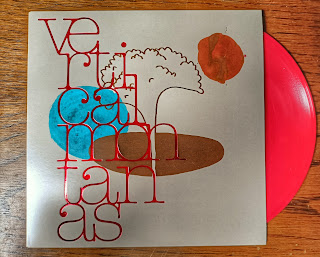 The previous instalment in this series detailed my 18 month obsession with Jonquil and this single sits neatly alongside that obsession. Vertical Montanas were a ten-piece amalgam of the aforementioned Jonquil and fellow Oxford combo Youthmovies who, after originally making plans to guest on each other's recordings, ultimately decided to form a whole new band together. These two songs, recorded in 2007 and released on a pink vinyl 7" single the following year, comprise their entire output. Both of these unconventional tunes featured heavily on my CDr compilations at the time.

Tomorrow it'll be exactly 60 years since this photo was taken. It's the second in a series of annual birthday portraits taken of me in front of the family radiogram, a series that stretched until my 21st birthday in 1981 (see more examples here and here). The relatives must have been round, as I'm dressed in my best bib and tucker (the bow-tie was something of a fixture in the early days) and keen to show off my first ever bike....or more accurately trike. Dad was one of eight children so there were no doubt Aunts and Uncles aplenty on hand to spoil me rotten on my big day. Mum, like me, was an only child, but her own Mum, my dear old Nan, was probably not too far away from the action either. If you squint you might be able to make out an Easter Egg or two nestled among the birthday cards atop the radiogram, even though my second birthday actually fell a few days before the Easter weekend of 1962.This year it's the first time that my birthday has fallen on an Easter Saturday since the day I was born in 1960, having only coincided with that particular date on three other occasions in the 20th century, in 1927, 1938 and 1949.
I'll be at work from 7 till 5 tomorrow, as the last minute rush to buy whatever Easter Eggs we have left reaches a no doubt chaotic and panic stricken crescendo. Then home for a chilled beverage or two in the evening.
The Very Best (featuring The Ruby Suns) - Birthday
Posted by The Swede at 07:00 12 comments: 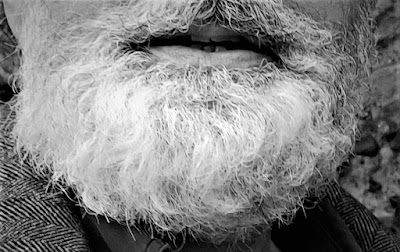 Covid re-entered my workplace three weeks ago and has spent the time since cutting a swathe through the store. The staff have been dropping like flies. Fortunately most cases have been at the milder end of the spectrum, but several have been knocked sideways by it, suffering all kinds of unpleasantness. Those of us who've mercifully remained thus far untouched by the virus have been putting in extra hours in order to try and keep the shelves filled. Approximately 200 of us work at the gaff in total, though lately there have been times when it's felt distinctly like the Mary Celeste. There just aren't enough healthy pairs of hands to get the work done. I mention all this only to explain the recent virtual radio silence from my end. A long overdue catch up with my Aunt in London this past weekend had to be postponed too, as I worked throughout. Hopefully another week or so should see staff levels returning to something approaching normal and I can reschedule a visit for later in the month.
Although I'd obviously much rather so many of my co-workers weren't under the weather, I can't deny that the substantial overtime is financially welcome, following my own lengthy period on the sick with shingles over Christmas. Speaking of which, while I was laid up and laid low, the last thing I felt like doing was shaving - so I didn't. And I never started again. Right about now I'm in week 20 or so with yer actual beard, I've not trimmed or tidied it at all and it's beginning to get pretty wild in the chin area. I'm not exactly sure where I go next with it to be honest, in fact I'm not even 100% certain that I like having a full beard at all (I've only ever sported the occasional goatee before now), but what I've discovered I really do like (a lot) is not having to shave.
The Upsetters - Beard Man Shuffle
Posted by The Swede at 07:00 7 comments: