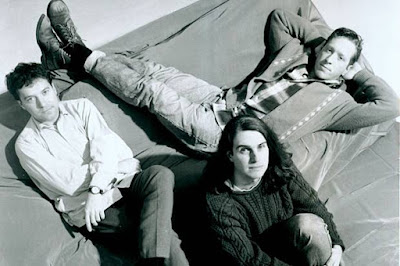 Buffalo Tom - Velvet Roof
Posted by The Swede at 07:00

This is new to me. I like being introduced to new. Even better when it's new and very good. Am now tracking down more Buffalo Tom. Thanks!

Yes, the anniversaries do keep coming!
I bought the first Buffalo Tom album at the time but for some reason didn't go any further. Must re-evaluate!
Even just the mere thought of you doing all that driving to gigs tires me out...particularly the idea of the return journey late at night after the event. At least you did it then though!

I loved Tail Lights Fade and this is a good one too.

25 year anniversaries are kind of getting on my tits now. Can't believe its all that long ago.

A big favorite at the record store I worked at... 25 years ago! Wow!