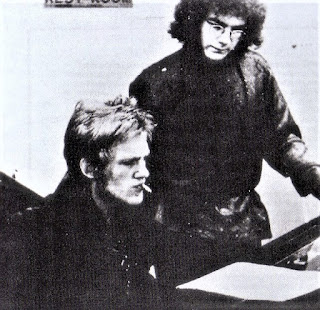 When I was 14/15 I had In The Wake Of Poseidon and Islands if you played them to me now I don't think I would recognise a single track. I do remember In The Wake of Poseidon had a textured cover

I have never knowingly listened to King Crimson and am about to lose that particular cherry.

Thanks for this, it's a beautiful way to remember Tippett, he will be missed.