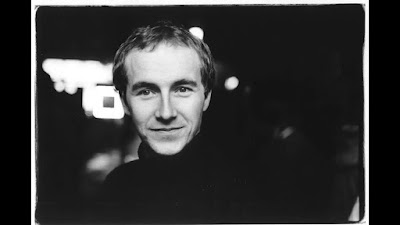 Quite often, when a blogging chum recommends a book or record that tickles my fancy for one reason or another, my automatic response is '...I'll add it to the list...' It may appear a flippant phrase, but it's sincerely meant. The immense list of music I'll never get around to hearing is only outweighed by the colossal amount of books I'll never have time to read. I'm currently chipping away at one book on the list however, albeit five years after the rest of the world. 'Robert Forster's 'Grant & I' is a wonderfully written account of a long friendship and musical partnership, a love story if you will, tragically cut short when Grant McLennan died suddenly in May 2006. It's hugely recommended, but then you knew that already. You're probably one of the blogging chums who recommended it to me in the first place.

During The Go-Betweens' 1990's hiatus, Forster and McLennan each released four solo albums, Robert's were very good (whereas I reckon his recent run of 'The Evangelist', 'Songs to Play' and 'Inferno' are all absolutely fantastic), but for my money Grant's were nigh-on impeccable. I for one would gladly go into the red for a vinyl reissue of 1994's double CD 'Horsebreaker Star', one of my favourite albums of that decade.

'What Went Wrong' originally appeared in embryonic form as a b-side in 1993, before being extensively re-worked for inclusion on 'Horsebreaker Star'.

Glad you enjoyed it.

Loved the book. Went the extra mile when it came out and got a signed copy through Stephen Pastel's shop. As for the solo music, I have all of Robert's albums, but I have almost nothing from Grant. I do have a nice taster though with Intermission: The Best Of The Solo Recordings 1990-1997. This post reminds me I should be trying harder to dig up Grant's albums. Great song for the post. Thanks.