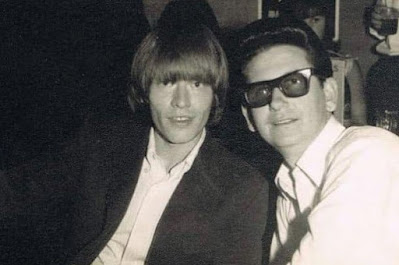 Roy Orbison's 1960-64 imperial phase is the stuff of legend - 'Only the Lonely', 'Running Scared', 'Pretty Woman', 'In Dreams'...the list goes on. Roy didn't reduce his prodigious work rate as the hits became less frequent, releasing a steady stream of singles and albums during the remainder of the 1960s and right through the 1970s. There are some terrific, unjustly overlooked nuggets scattered throughout those later years, a few of which will hopefully feature in an ICA I'm currently tinkering with.

Then there's 'Southbound Jericho Parkway'. You can search high and low in every corner of Roy's extensive catalogue and you won't find anything else remotely like it. Tucked away on the b-side of 1969 single 'My Friend' and heavily indebted to the previous year's 'MacArthur Park', the song was written by Bobby Bond, otherwise best known for penning more conventional material for the likes of George Hamilton IV, Waylon Jennings, Don Gibson and Crystal Gayle. Extraordinary.

THAT is a tremendous song

The song was a shock. Kind of like Elvis from about the same period. Like CC and George, I really fell for it. Thanks, Swede.

A superb song, Swede. Hard to believe treasures like this were tucked away as B-sides!

Big fan of the Big O, but I've never heard this before. It's spectacular. (Then again, I'm a huge MacArthur Park fan too.