On the Street Where You Live

87 years ago, my Aunt was born in a rented Edwardian terraced house on this street in the East End of London. She has vivid memories of hiding in the cupboard under the stairs with her Mother, as the bombs of The Blitz rained down just a couple of miles away and she also recalls the euphoric street parties thrown at the conclusion of the War. When she married at the start of the 1950s, she and her husband moved upstairs, while her Mother lived on the ground floor. My Aunt and Uncle started their own family in the house. They all shared an outside toilet and had no bathroom. 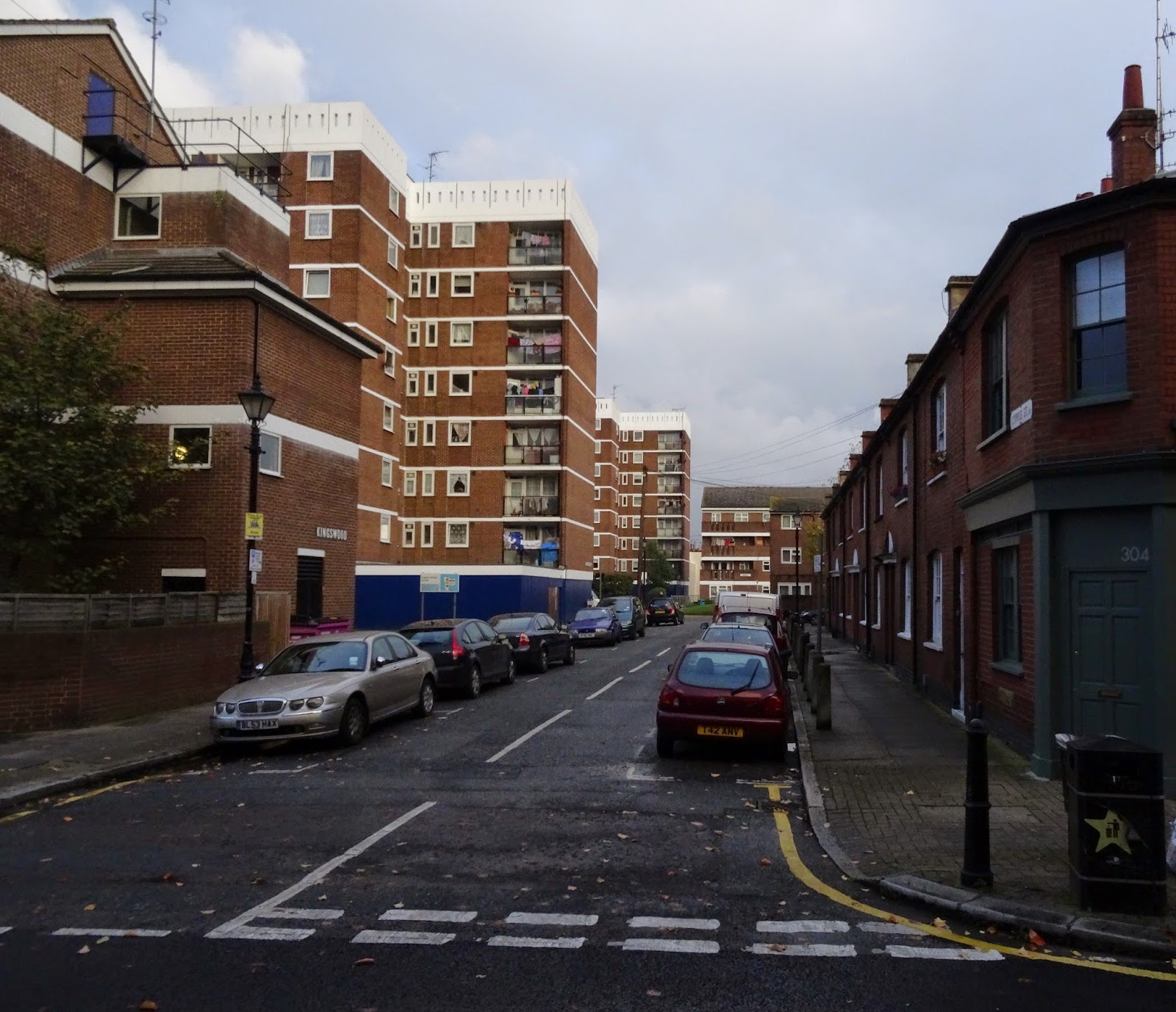 In the late 1950s much of the area was condemned and the terraces were slated for demolition. The rental tenants were given the option to either take a flat on the new estate that would rise from the rubble, or move out of the area altogether. My Aunt and Uncle secured a sixth floor flat and my Aunt's Mother took a small ground floor apartment in the new development. For the first time in their lives, they were each able to enjoy their own indoor private facilities and wash in something more than the kitchen sink or a tin bath on the living room floor. My Aunt still lives in the tower block overlooking the spot where her house once stood and appreciates these luxuries to this day.

In the early 1960s, halfway through the redevelopment and after a local government rethink, demolition was halted and tenants of the surviving terraced housing were offered the chance to inexpensively buy their own properties and receive substantial financial aid to improve them. Those that weren't purchased by the sitting tenants were snapped up by property developers. In recent years, much of the area has gone through a period of gentrification. One of those small terraced houses in the photo, considered unfit for human habitation 60 years ago and only saved from the bulldozer by a hair's breath, recently went on the market for in excess of £1,000,000. Meanwhile, my Aunt's tower block and the estate within which it sits, are scheduled for demolition within the next couple of years, to be replaced by another, newer, version.

Very poignant and thought-provoking... it all changes, doesn't it?

So nice to hear that your Aunt has been happy in her flat for so long, especially as we often hear stories to the contrary. I hope too that her future rehousing will be positive.

I was just thinking the other day how they don't seem to build many new residential high-rises, at least not in the places I know. I think of all the 'Towers' in the new town where we lived and worked for a while... very characteristic of its development in the 60s, whereas now there are hundreds of new homes being built but they sprawl outwards rather than upwards!

The things they did to communities years ago...OK, many areas needed lots of improving but some places had the hearts ripped out of them. It's good that your aunt has been happy in her flat, though. Are they actually going to replace the block with one just like it? I thought the days of the high-rise were over. A million quid for a terraced house in the East End? We live in a mad world.

My Aunt is very pragmatic, refusing to bemoan the fact that she missed out on the chance to buy her own house. She well remembers the tough times in the East End and remains resolutely grateful for having had the chance to live in comfort all these years.
Her estate is crumbling though, while those terraces look like they'll last forever. I'm not sure what form the new development will take, but it's bound to be quite an upheaval when it comes.