All That Jazz #2 - Calvin Keys 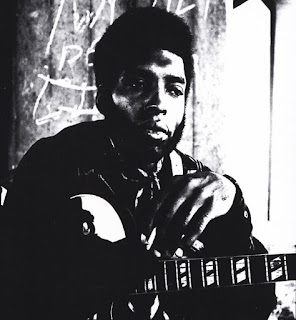 In his long career, guitarist Calvin Keys has played with many of the greats - Bobby Hutcherson, Ray Charles, Ahmad Jamal and Pharoah Sanders among them. Released in 1974, 'Proceed with Caution!' is his second LP as leader of his own band - and it's a spiritually funky affair. Check out the groovy 'Aunt Lovey', which particularly showcases the talents of Henry 'Skipper' Franklin on bass, Leon 'Ndugu' Chancler on drums and the electric keys of Kirk Lightsey.

Today is Calvin Keys' 74th birthday - many happy returns of the day sir.

That's the kind of jazz I can dig. Smooth and tuneful. They lose me when they go down the atonal improv, but that... Nice.

I've not heard of Calvin Keys, you make a strong case for exploring his music. Are the 70s considered his peak?

Old Pa. Thanks for giving it a whirl - glad you enjoyed it.

Rol. There will be some more 'out there' stuff scattered throughout the series, but I'll do my best to mix it up. (The Atonal Improv, appearing tonight at The Dublin Castle).

Chris. I can only speak for the two albums I have, 'Shawn-Neeq' (1971) and this one - both highly recommended.

As Rol says - not for me the atonal improv - but definitely something about the mood of this that I can take quite easily. This one makes me think of coffee and modern art and a rainy day in Cambridge (for some unknown reason!)

Finding it hard to disassociate this one from American TV show theme tunes from the '70s but once you do, and listen to it on its own merits, very pleasing.