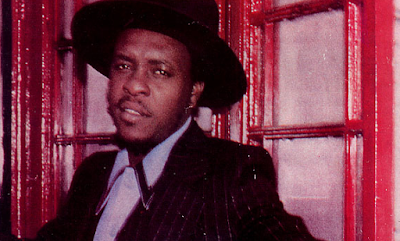 In addition to recording as a solo artist for such legendary producers as Bunny 'Striker' Lee and Phil Pratt, Ronnie Davis also worked as part of both The Itals and The Tennors vocal groups for over 40 years. My own favourite Ronnie Davis tune, 'Laugh It Off', was recorded at The Black Ark in 1977, with the mighty Lee 'Scratch' Perry behind the desk.

Ronnie Davis - Laugh It Off

Sadly Ronnie suffered a massive stroke on January 23rd and died in hospital two days later, he was 66. He continued to tour and record up to the very end, with his final LP, 'Iyahcoustic', being released just six months ago. Here's the video for the beautiful 'I Won't Cry'. Check out the whole LP here.

Sad loss. Got a lot of love for the early Itals in particular.

I don't know much about reggae, but the underlying melody of this particular track puts me in mind of transitional r 'n' b/soul tracks from the early '60s.

What a voice - Enjoyed this clip a lot but sad lyrics. Hope he did have someone who loved him back.

This is so good TS

Marie. There's a lot of crossover between 60's Soul and Reggae. Hopefully I'll explore further as the series progresses.