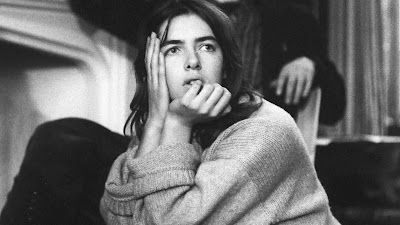 Anne Briggs - Tangled Man
Posted by The Swede at 07:00

Thanks for posting these two, Mr. S. I haven't heard either and thoroughly enjoyed both.

I understand that Ms. Briggs lives somewhere in the Hebrides these days.

One of my fave Britfolk albums. Did you know she quit singing as she couldn't stand the sound of her own voice?

I'm putting that down as a find Swede

Marie. Glad you enjoyed the tunes, Anne's a fascinating figure on the 60s/70s British folk scene.

Ramone666. Yes I read that somewhere - ridiculous isn't it?

Charity Chic. I was very chuffed to unearth it.

This might make you laugh in bewilderment, but I had to confirm my guess as to what a car boot sale was. A car boot has a different meaning in this part of the world. Anyway, a very fine find, Swede. Never heard this one before. Nothing better than the thrill of the find in a place like a car boot sale.

Good one Swede. I was introduced to Anne Briggs via a rather lovely version of The Time Has Come by Rose Melberg from her album Cast Away The Clouds which is well worth seeking out.

Drew. I checked out Rose's cover and it is indeed rather lovely. She's a new name to me, thanks for the tip.

This is a gem and BJ connection is so clear to hear. love this.

Simply wonderful. Who the hell gets rid of Anne Briggs CDs? In a car boot?? Hats off.