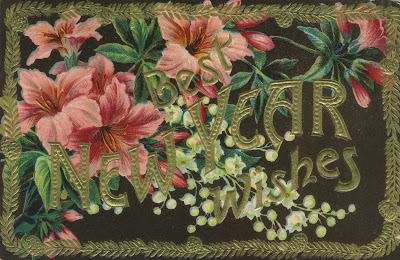 Guess I have to check out that Richard Dawson album forthwith...
Happy new year, Swede!

A festive and warm New Year's Eve to you Swede! Great list of albums and thank you for being one of the influences on my music listening in 2017...I look forward to the adventures in sound that 2018 will bring.

Once again great words and thank you for so much inspiration in music this year. Wish you a great New Year's Eve and a good start into 2018 Swede

It sounds like you're up against it. I hope 2018 brings a level of much needed calmness to your life.

So many great albums here, and many of them introduced to me by you this year. A big thanks for that. Take care of yourself. Can’t wait to see what you cook up in 2018.

Great to see Jane Weaver pop up on so many end of year lists. Good luck with the workload and hope you'll get more of a break soon - you deserve it. Meanwhile, a very happy New Year to you and Mrs S!

It will come as no surprise to you that I haven't heard of many of these artists/albums but visiting your/some of the other blogs, at least keeps me somewhat in the loop.

A Happy New Year to you and Mrs S - Hope the workload levels out to manageable proportions in 2018!

All the best for the New Year to you and Mrs. S!

Ha - I'm always amused when I see a year end list on which I own absolutely none of the records. (Although a few of them are on my Wants List.)

Swede, a very happy 2018 to you and the Missus also from my side: take good care and stay healthy!