Over Rainbows and Rainier 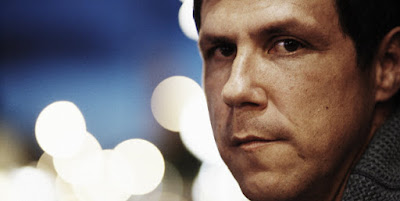 Along the lines of Charity Chic's annual New Years Day Homage to Hank & Townes and Brian's yearly Happy (Mitch) Easter postings, I've long considered establishing a once every 12 months tradition of Richard Swift Day, to celebrate the season's first sighting of my favourite bird in our local skies. Needless to say, I've never quite been on the ball enough to pull it all together (it was May 8th this year in case you're interested), but I hope this goes to show the very high esteem in which I hold not only the bird in question, but also the American singer-songwriter who shares its name. Frustratingly, Richard hasn't released an LP of original material since 'The Atlantic Ocean' in 2009, instead choosing to focus his attention on production work for the likes of The Shins, Kevin Morby, Foxygen, Laetitia Sadier and, notably, Damien Jurado, for whom he produced the excellent 'Maraqopa' trilogy of albums between 2012 and 2016. The combination of Jurado and Swift was a match made in heaven to these ears, so imagine my concern when I read a while back that Damien's new LP, 'The Horizon Just Laughed', was to be a much more low-key and self-produced affair. I needn't have worried though. Depending on who's counting, 'The Horizon Just Laughed' is either Jurado's 11th, 13th or 16th long player and surely his most personal in many years. There's an intimacy to these 11 songs that draws the listener closer and is in places similar in tone to the work of Phosphorescent and Iron & Wine. It's a quiet triumph of a record.

That would be a smile every year. You know, come to think of it, it has been a while since we have had any of your lovely bird photos or stories. Surely your property has come to life by now. Keep us posted. Some new music from Richard would be nice, wouldn’t it?

I would be very happy to have any excuse to celebrate the arrival of our beautiful swifts each year!

An opportunity for some Taylor Swift surely!

Brian. Funny you should say that....

CC. To the best of my recollection I've never heard anything by Taylor Swift, but I'll try to remember to launch an inaugural Richard Swift day this time next year.