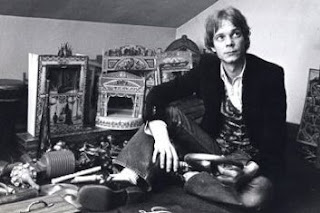 Serge Gainsbourg - Cargo Culte (Instrumental)
Posted by The Swede at 07:00

Sampled on Don't Die Just Yet by David Holmes. Great to hear the source

Other than Mick Harvey - who did a blatant Gainsbourg covers album which I own and although I liked some of the tracks on, some of the "magic" felt rather lost in translation - I'd never considered any of the other acts you list as Gainsbourg disciples up until now. I feel like you've done a big join-the-dots exercise in my head and left me thinking: d'oh.

P.S. Your captcha is like The Krypton Factor this week.

David Holmes, as Drew says, is where I came to Cargo Culte from.

If you asked 10 people when this came out you would get 10 very different answers. Timeless.