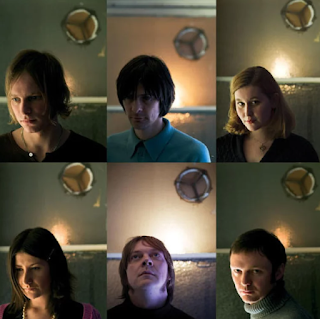 This one's been in the bag for a while, as you'll appreciate if you glance over at your calendar. The Eighteenth Day of May's particular take on hazy psych-influenced folk lasted a little over a year and then they were gone, leaving just the one self-titled album behind them. I took the CD for a spin in the car just a few months back and it sounded every bit as good to me as it did when I first bought it 15 years ago, so I was surprised and delighted to spot an imminent double LP re-release featuring a bunch of additional rarities and demos, which I ordered without hesitation.

My self-imposed rule for the Monday Long Song feature is that it has to be over seven minutes long to qualify, making today's offering at just shy of 6½ minutes my shortest ever, but hey, it's the opening song from a very fine album and, well, take a look at the date. Then listen to more here.

The Eighteenth Day of May - Eighteen Days
Posted by The Swede at 09:00