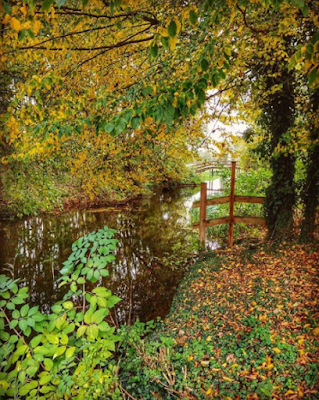 Well that certainly took a lot longer than expected. Exactly one month on from my move, broadband has finally arrived at the all new Swede Apartments. I steamed through what little data I had on my phone in no time, what with signing up for this and deleting accounts for that, and have been waiting for the brand new router to drop through my letterbox ever since.
How's everybody been? I feel hopelessly out of touch and can't pretend that I'll be able to catch up with absolutely everything I've missed over the past four weeks, but am looking forward to gradually sticking a digital head around the respective doors of all my favourite hangouts to find out what's been going down in blogtown while I've been otherwise engaged.
I'll save more detailed updates for later, but suffice it to say that I'm now ensconced in a second and third floor apartment within a converted 19th century maltings in a small Suffolk market town, just 6 or 7 miles up the road and over the river from where I used to live. The new gaff comes with a shared half acre waterside garden, which really is quite lovely - the photo at the top was taken at the end of it, one drizzly afternoon a couple of weeks ago.
I'll conclude this brief re-emergence post by thanking one and all for the positive vibes and good wishes that were left after the previous one - I was (and remain) extremely touched and very, very grateful.
The Crystalites - Stranger in Town
Posted by The Swede at 07:00

The corrupt leader of the free world was deposed in the four weeks you were away. Coincidence?

Glad to see you back in the land of the blogging Swede.

Hey hey, good to have you back mate.

As John said, you really haven't missed much. Welcome back, pal. Lovely photo.

Cheers all - it's good to be back.

Great to have you back and I hope you settle in well to the new place. Garden looks lovely. Take care.

How lovely to see you back here and what a gorgeous photo - hope you're settling in well to the new gaff!

Love the photo too. It looks like a Monet painting.

Missed this one last week - Lovely to have you back and I really like the sound of your new place. Hope it suits you well - Love that pic of the garden.