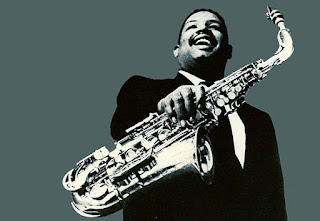 I have a choice of two roads to take me the six miles from my new abode to my place of work. One is flat, characterless and often quite busy. The other winds its way up hill and down dale as it quietly snakes through the Suffolk countryside. I'm sure you can guess which road I prefer. A couple of weeks ago, as I trundled along through dawn's early light, following a safe distance behind what I assumed to be a police car (it wasn't), a barn owl swooped across the road between us. I let out an involuntary woo-hoo in celebration. These majestic creatures were once a regular fixture of my evening walks around this part of the world, but this was the first one I'd seen in nigh-on three years. Then, at 5.30 this very morning in the pre-dawn gloom, I narrowly avoided rear-ending a deer as it ambled idly across the road in front of me. This was no cute little muntjac either - it was a large blighter and a collision might've caused us both significant damage. Fortunately, on both occasions, I was pootling along, rather than dashing - enjoying the tunes. I've been on something of a David Axelrod kick lately and Cannonball Adderley's 'Tensity', written and produced by the great man in 1970, has been an oft repeated soundtrack to my brief commute.

As I said over at mine good to have you back.

Sadly, I killed an owl one morning long ago on my scooter going to work, it fly into the leg shields I think it must have hit something else and been stunned. A deer once wrote off a car Lynn was driving on "the lang whang" one of the roads between here and Edinburgh, it got up and bolted

How lovely - and very relieved (for both of you) to know you didn't hit the deer either. Pootling is the way forward... literally!

Once again, the road less traveled is the right path. Seeing an owl is always something special. Terrific tune, Swede.