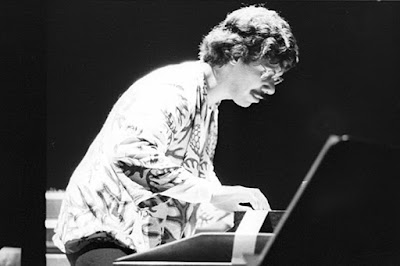 American composer and keyboardist Chick Corea passed away last Tuesday. If he'd done nothing else in his 79 years but be a part of the transitional recordings made by Miles Davis between 1968 and 1972, his jazz immortality would've been assured. As it was, he was also a prolific and in demand sideman (for the likes of Stanley Clarke, Herbie Mann & Wayne Shorter), lead the avant-garde band Circle and fusion outfit Return to Forever and additionally released around 100 albums under his own name for labels such as Blue Note, ECM, Concord, Deutsche Grammophon, Polydor and GRP. A busy musical life, well lived.
Return to Forever - Song to the Pharaoh Kings
Posted by The Swede at 07:00

I have a friend who has been into Chick Corea for as long as I've known him, 30+ years. The Corea section of his record collection is larger than most people I know's whole collection.