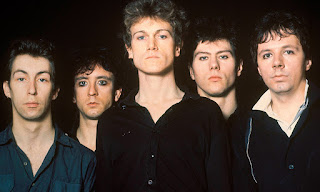 It's all as good as that Martin.

Thanks for the tip off! I'm now off to Youtube for more!

Would have missed this. Thanks, Swede.

I chanced upon this last week! So amazing to see the genesis of a great band.