This is Where Your Solo Would Go 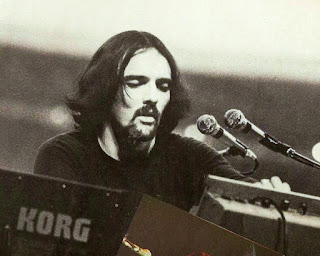 To coincide with the first anniversary of the passing of keyboard maestro Dave Greenfield, The Stranglers have issued a fitting tribute to their fallen comrade, 'And If You Should See Dave...'. I'll put my hand on my heart and admit that I've not followed the exploits of the MeninBlack to any great degree since the halcyon days of the classic line-up, but this really is a fine and moving song, taken from the 18th Stranglers LP, 'Dark Matters', due for release in September. Greenfield played with The Stranglers for 45 years and appears on eight of the eleven tracks on the forthcoming album. The song's video, shot on the streets of Los Angeles, features key locations in the band's relationship with the city such as the Whisky A Go Go where they played a 1980 residency and the Regent Theatre, scene of Greenfield's last ever American show with The Stranglers.

You are so right, Swede. A moving tribute. I’m on the fence about getting the album, but that’s saying a lot since I haven’t bought one in 35 years.

It's 35 years since my last Stranglers record too Brian, yet for some reason my brain still considers 'Dreamtime' to be a late period album by the band!