In June 1981, I caught the final show of Bruce Springsteen's six night residency at Wembley Arena, it was my first Springsteen concert and much of the evening is still vivid in my memory. The tiny drum kit sitting in the middle of that vast stage, little more than a snare, floor tom, bass drum and a couple of cymbals. The opening song, 'Born to Run'....'Born to Run'! He started with 'Born to Run'! The joyous audience participation during 'Hungry Heart' and the tears during a whisper-to-a-scream-to-a-whisper 'Point Blank'. Seven covers (if you count the Detroit Medley as just one), a couple of songs he wrote but gave away and nothing from 'Greetings...' or 'The Wild, The Innocent...'. 31 songs in total, again counting the Detroit Medley as one. 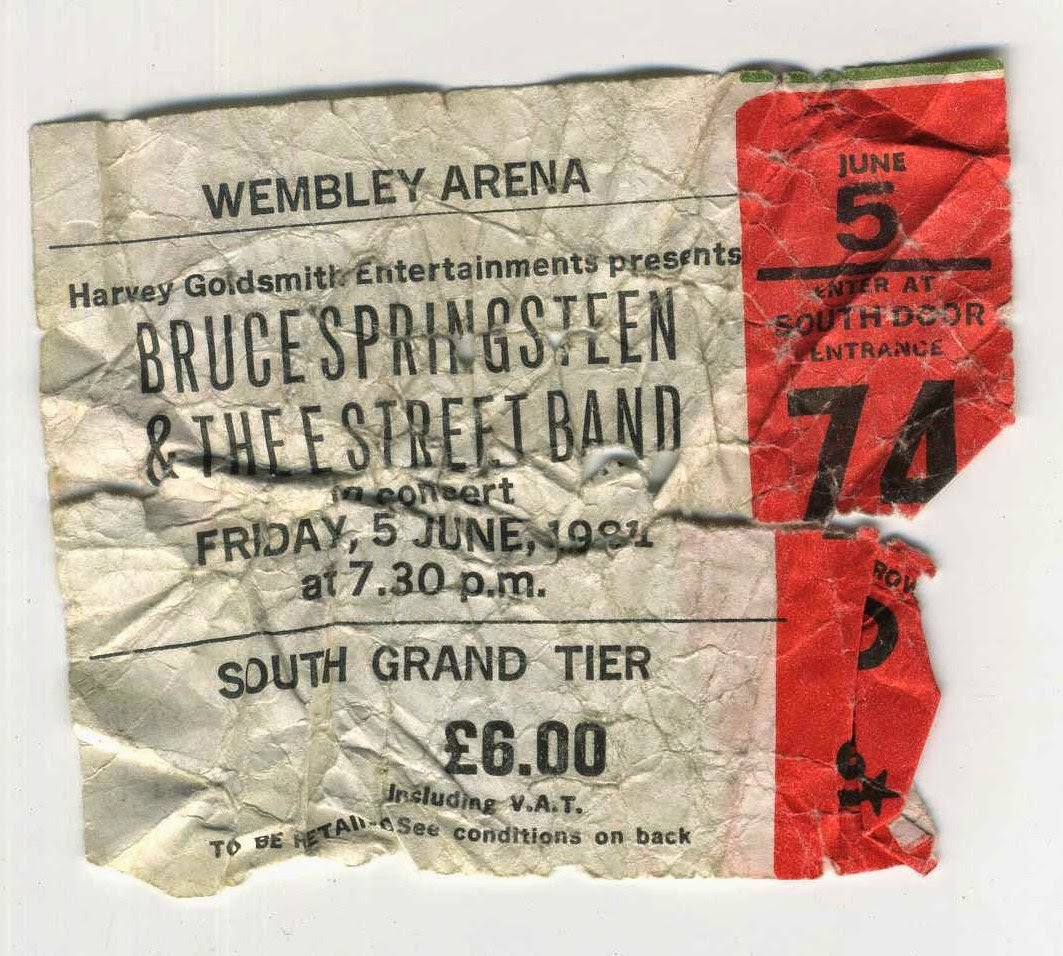 What's left of my ticket after I left it in my pocket and it was savaged by the twin-tub.

Elvis Presley's influence on proceedings was particularly noticeable that evening. Springsteen offered a sombre early reading of his own 'Johnny Bye-Bye', which would remain officially unreleased until 1985 and deals, in part, with the death of Presley. In addition, two of the aforementioned covers were associated with Elvis. 'Can't Help Falling in Love' came towards the end of the final encore, but a largely re-written 'Follow That Dream' appeared early in the set. Bruce has sporadically revisited the song in subsequent years and here's a one-off performance from a show in Switzerland, during 1988's Tunnel of Love Express Tour.

Sensational...staring of with Born to Run....straight in....that must have been somthing...only saw him the once at Crystal Palace I think but could be wrong it was in the nineties

I was there too Old Pa!