I haven't eaten meat for nearly 25 years, but I refuse to become one of those irritating, 'holier than thou', vegetarians who make exaggerated gagging noises if someone dares to eat a ham sandwich within a hundred yard radius of them. Indeed, personally, I'm far more repulsed by the thought of a plate of mushrooms landing on an adjacent restaurant table, than a big juicy steak. There is, however, one regular misconception about vegetarianism that rarely fails to wind me up. The fish thing.

Our local pub re-opened late last year. It was purchased by a resident of the village who has put a great deal of time, effort and money into the establishment. The decor is clean, the staff pleasant, the beer well kept and I'm happy to report that business appears to be booming in the old place. As I perused lunch menu on my first visit to the newly re-opened hostelry, it appeared that veggie lasagne was my only option. Not a problem, but I thought I'd double check with a member of staff. 'Is there just the one vegetarian option on the menu today?' I asked. 'Oh no sir, we have fish and chips or salmon as well' came the very polite reply. 'But I'm a vegetarian' I said. 'Oh, but some vegetarians eat fish' she said. I sighed inwardly. A very deep sigh. I thanked her and left it at that. 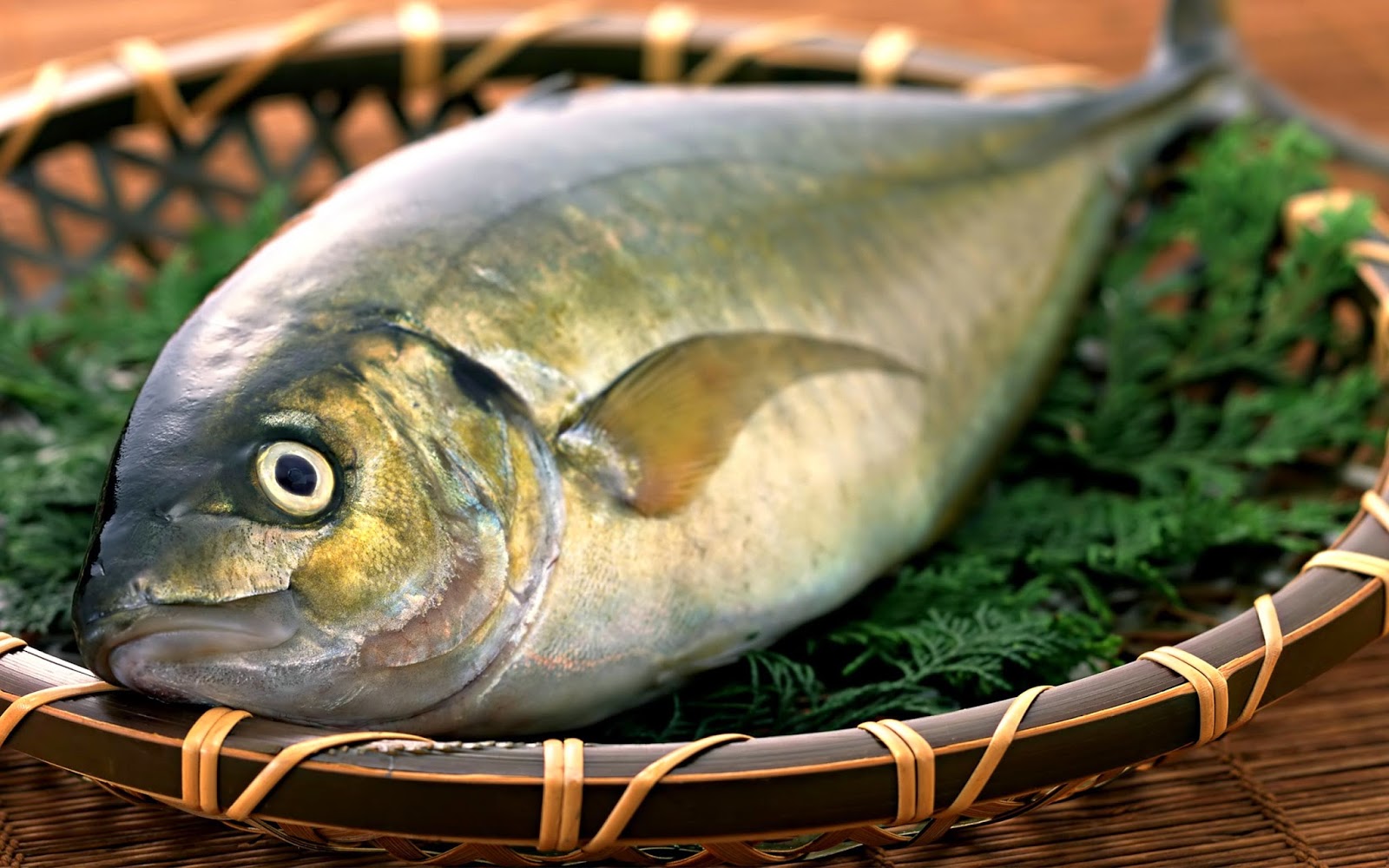 About a month later, I dropped into the pub again, intending to grab some lunch. The staff on duty on this visit were different, though just as polite and helpful, but the conversation was virtually identical. 'Some vegetarians eat fish' said the lady. 'They're not vegetarians then,' I replied with a smile. 'Oh yes,' she continued, 'I've got a friend who's a vegetarian and she eats fish...' I sighed inwardly. A very deep sigh. I thanked her and left it at that.

I'm reluctant to make a fuss. I worked in catering for over 10 years and know what a demanding job it is and just how demoralizing a seemingly awkward customer can be. Also, I don't want to be perceived as one of those vegetarians. I did, however, feel that I ought to give a little feedback, so I emailed the Manager of the pub, congratulating him on the staff, service and quality of the beer and, rather than complaining, merely enquired if there were any plans to expand their selection of vegetarian offerings, explaining that there was only one such item available on each of my previous visits. A couple of days later I received a very pleasant reply from the manager thanking me for my comments and pointing out that the pub also offers a range of fish dishes that are suitable for vegetarians! This, I have to say, floored me and I immediately drafted a terse response, explaining the definition of vegetarianism at great length and how it differs from pescetarianism. But, as I said, I hate to make a fuss. So, after a few minutes, when I'd calmed down, I decided not to send the email. Instead, I sighed inwardly. A very deep sigh and left it at that. 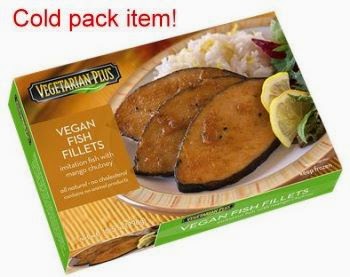 Mind you, this doesn't look particularly appetising. Anyone fancy a salad?

As if that wasn't bad enough...... A couple of weeks ago I paid a return visit to our local Medical Centre, to get the results of some recent tests. Previously, my blood pressure was a shade high, but this time it seemed normal. The nurse expressed some concern, however, at my cholesterol levels. My 'bad' cholesterol is a bit high apparently and she urged me to cut down on red meat and fatty foods. I explained that I've been a vegetarian for 25 years and although I used to consume mountains of cheese sandwiches and veggie pasties, these days I virtually live on salad and fruit, with any variance from this diet (such as on chip night) being regarded as a bit of a treat. My 'good' cholesterol, however, appears to be a bit on the low side. I asked the nurse what steps I could take to improve the situation. 'Eat more fish' she said. I reminded her that I've been a vegetarian for 25 years. 'Oh,' she said, 'don't you eat fish? Some vegetarians do you know'. I sighed inwardly. An extremely deep sigh. I thanked her and left it at that.

Here's Dean Torrence (Dean from Jan and Dean) trading as Laughing Gravy (vegetarian gravy, natch), with an interpretation of 'Vegetables', released just one month after The Beach Boys original, in October 1967.

Ooh, a tricky one and like you I am loath to get into a conversation with anyone about it...too many pitfalls and judgements and preconceptions etc etc. I don't really want to be lumped in with any particular dietary group and I've written on SDS about my primary school dinner traumas! On a positive note, our excellent local Indian restaurant recently asked for feedback and a friend suggested they could add more specific veggie dishes to their menu (which, I have to say, has always been great anyway as you can have every type like dansak, pathia, biriani etc as a veggie version anyway). But they took it on board and now offer five unique vegetarian dishes and they are amazing (mmm... dal samba!) So maybe your local pub would respond to some ideas/suggestions? It could be worth a try?
I have a friend who loves her red meat and fatty foods and has always had a shockingly LOW cholesterol level... it seems diet is not always a factor. Hope yours improves - your diet sounds extremely healthy!

My diet's a lot better than it used to be. Just because one doesn't eat meat some people expect you to be skinny, pale and sickly, whereas in reality it's quite easy to go the other way if you're not careful - specially if you ate as much cheese as I did!
Your Indian restaurant sounds divine. Perhaps it's time that I took a deep breath, counted to ten and gave our pub another go.

The last one of "those" vegetarians I had the misfortune to sit at the table with was a girl eating fish. The irony is I wasn't eating any meat. It was up north, in a college cafeteria, and I was making a feeble attempt to recreate a Southern delicacy involving preserved pears and savory mayonnaise based salad.
She wouldn't stop harassing me about how disgusting she thought is was.
"You're supposed to be a vegetarian and you got a plate full of fish there...leave me alone."
She got huffy..."Fish aren't farmed."
That was rich because we farm a gillion pounds of catfish down here.
"So you eat deer if it's hunted in the wild?"
I'd had it at that point...she stomped off.
So, I got a real kick out of reading this one.

I don't know any vegetarians down here except for some of the Indian store owners I deal with (the last one I talked to was trying to ween himself off of fries/chips :) ). Food is an essential element of our culture and to give up smoked hog and fried chicken would be like an Italian giving up noodles and tomatoes.

We do have meat free delicacies though...and now that I know half of y'all are vegetarians maybe I'll do a post.

I'd be interested to hear about your meat free delicacies Erik. That Southern salad you mentioned sounds, erm, interesting. I'll have to look it up, although I'm not a big fan of mayo (I know, I know, I don't help myself as a veggie by disliking mayo, mushrooms, beetroot and goats cheese - pub grub staples one and all).
Your dining companion sounds like just the kind of righteous 'veggie' that would wind me up. In fact over the past 25 years, I'd say that I've had more issues have with 'fellow' veggies that any carnivore I've encountered. In fact a meat eating pal of mine became absolutely incensed when I told him the pub story, demanding to be taken around there so that he could give them a piece of his mind. I calmed him down eventually.

I've come across this fish=vegetables conundrum so many times. Basically, people are thick.

As a fellow vegetarian, I was interested to read what you say about cholesterol. I have had a high 'bad' cholesterol count for years and, having really nowhere much to turn with diet change, I finally caved and started taking statins. Couldn't tell you if this is a good, bad or indifferent idea
but my levels have halved and I don't think I've suffered any side effects thus far. Of course, the jury is out on the long term possibilities. It makes you kind of sick, though, when you spend over half your life avoiding meat and STILL have high cholesterol. Now cutting right down on cheese and milk with dream aim of achieving a vegan diet (one day). I'm with you all the way about self-righteous vegetarians - bloody pains in the arse.

Brilliant post TS...
Are you a Veggie because you just don't like meat or is it the thought of the killing of the animals?

Next time at the pub ask for 'wafer thin ham'

Old Pa. When I was in a cafe in France a few years ago, on a trip to see Dylan actually, I ordered a croque-monsieur without the ham, because the waiter didn't understand my efforts at saying a toasted cheese sandwich. Needless to say, it came with ham, so in very poor French, I tried to explain that I was a veggie. He took it away and returned it with a very very thin slice of ham in it. 'Pas de jambon!' I exclaimed, perhaps a little too loudly. He shot me a look of pure exasperation, reached over, parted the slices of toasted bread, slid the ham out and carried it back to the kitchen! I didn't eat the sandwich.

Just flicking through, having just found it. I've met a "vegan" who eats cheese.....it's just not worth it, is it?