Two gentlemen on a small boat out at sea. Chatting, reminiscing on old times. Perhaps they served together in the Second World War. So what year would that make this photo? Late 1960s? Early 1970s? What if I were to tell you that these men, if they are indeed the age they appear, were probably too old to have served in the First World War and that the start of World War Two was still 13 months in the future? The photo is scanned from a glass slide dated August 1938. A timeless image isn't it? I picked up around 150 glass slides at a car-boot sale last week, all housed in 4 long wooden boxes. I've only gone through a quarter of them so far, but the quality of the best is outstanding. More to come, I'm sure. 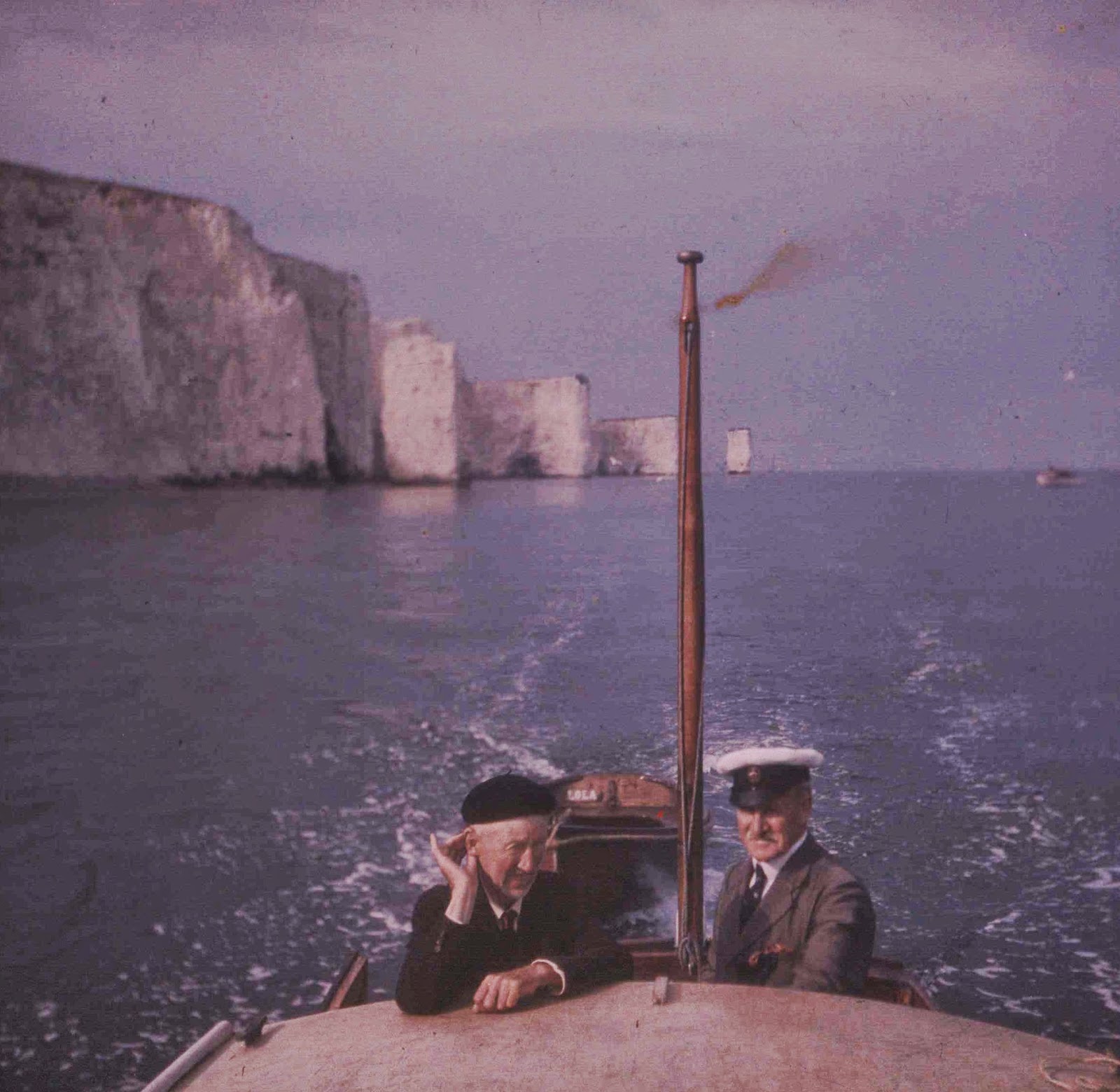 Gordon Anderson (brother of Kenny, a.k.a. King Creosote) was a founding member of The Beta Band, writing the magnificent 'Dry the Rain' from their debut EP, among others. Anderson left The Beta Band in 1997 after a period of ill health, going on to produce a series of wonderfully adventurous releases under the Lone Pigeon moniker. Following The Beta Band's demise in 2004, Anderson reunited with two former members, John Maclean and Robin Jones, to become The Aliens, who issued two fine albums, before dropping off the map in 2009. 'Boats', originally a stripped down, solo Lone Pigeon tune, was re-recorded by The Aliens to glorious effect and issued on LP number two, 'Luna'.

That's lovely and the quality is excellent.

If you find any from the Empire (Africa especially)I've got to see those.

Lovely quality picture... I'm amazed at the date.
Love the relaxed mood and the guitar in this track particularly, and the whole song has a bit of a David Crosby-ish feel to it, don't you think?

You certainly seem to come across some treasures at your boot sales; this picture is wonderful.
Nice track. Have to agree with C - very West Coast in a good way.

C. Glad you enjoyed it. Never thought about Crosby specifically, but now that you mention it...

SB. It seems that way 'cos I only mention the good stuff I find! Lone Pigeon is something of a maverick genius - his music is not all like this by any means. If you bump into any of his stuff, it's always worth checking out though.

Glad you enjoyed Old Pa. I'll get back to the slides as soon as I can.