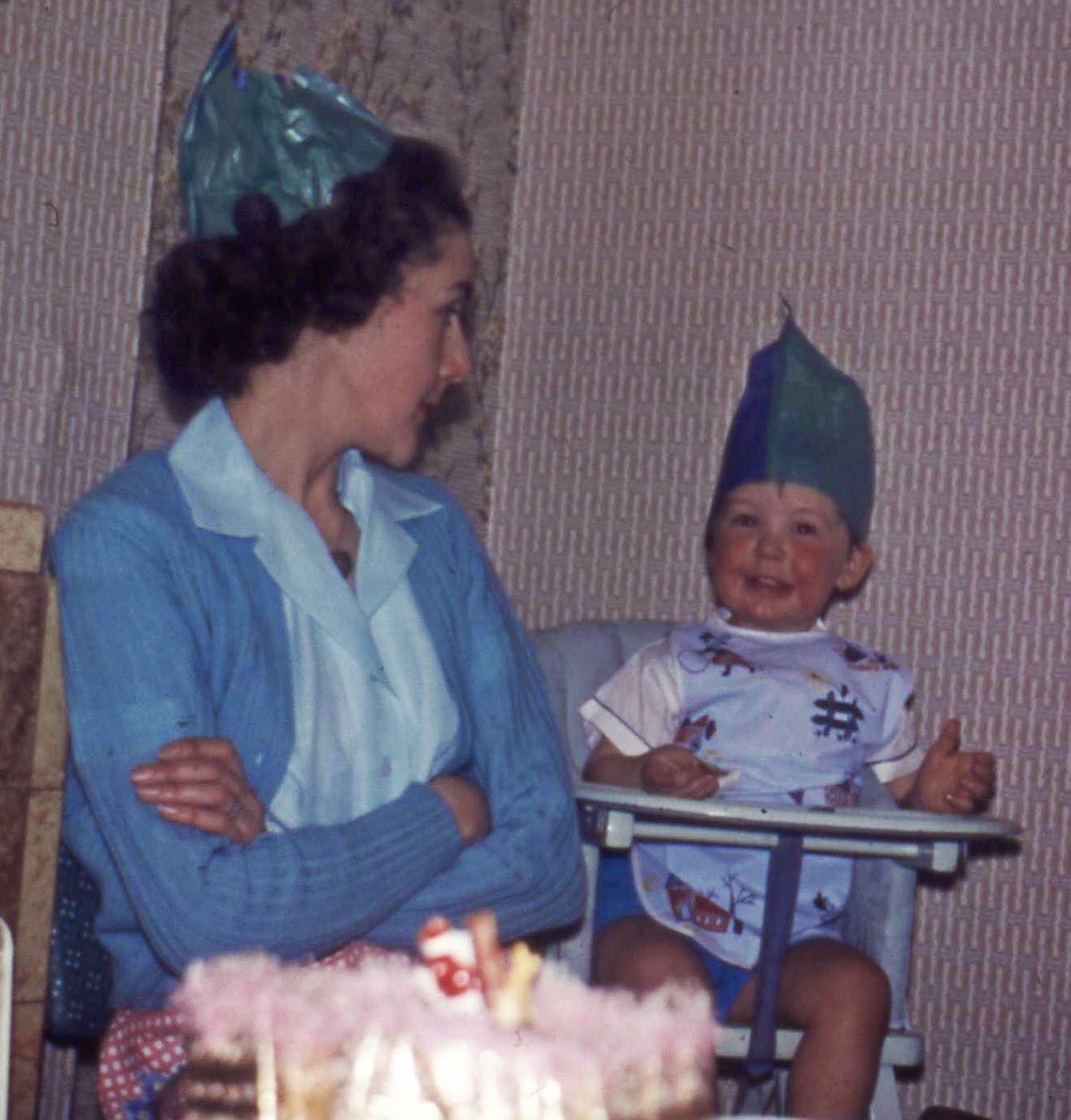 It's Christmas Day 1961, my second festive season, but the first at which I'm old enough to sit up and take notice. I'm clearly having a ball, while Mum keeps a close eye on me to ensure I don't become too over-excited. We're wearing paper hats, meaning the post-dinner crackers have been pulled. Dad has no doubt just finished the washing-up. The trusty family radiogram is probably piping soothing yuletide vibes into the room, via the BBC Light Programme.

Charles Brown's 'Please Come Home For Christmas', was first released in December 1960, but became a US hit 12 months later, right about the time this photo was taken. I doubt it made the Two Way Family Favourites playlist though, more's the pity.


Wishing you and yours a happy, peaceful festive period, however you choose to celebrate it, from all the gang at Swede Towers.
Posted by The Swede at 11:40

Great photo and you're rockin' that hat.

That is just too much man...that's precious.

Thanks guys - have fun!

Oh I bet you brought out the cheek-squeezer in everyone who met you!

Such a lovely photo. Thanks for the Christmas cheer!

Merry Christmas to you and the Swede Towers Posse

PS If I don't get chance to say it later, here's wishing you and Mrs S a lovely time this Christmas!