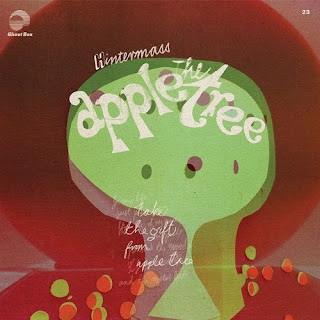 Flicking through some of my most played albums of the year so far, I'm surprised to find how many I've failed to share on these pages. You know when you're convinced you've done something only to later discover that you actually haven't? I've gone through this very scenario several times while cross-referring what I've really posted against what my poor befuddled brain is telling me that I have.

Take for instance 'The Apple Tree' by Hintermass, released in June on the ever reliable Ghost Box imprint. The band consists of Jon Brooks (from The Advisory Circle and the excellent Pattern Forms) and Tim Felton (from the much missed Broadcast). It's a record that combines big dollops of pastoral loveliness with occasional splodges of gentle blippy weirdness. Highly recommended.

That's good. I enjoyed that.

I really liked that. One to investigate further, Thanks Swede.

I can only agree with Adam and Drew. I know what I have to investigate these days. Thank you Swede.

I think this is my first listen. You have introduced me to another winner!

New to me TS and great track indeed. Spotify here I come.