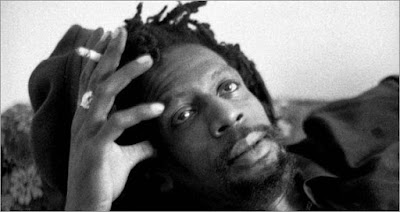 Gregory Isaacs, the Cool Ruler, reached the peak of his popular success with the 1982 LP 'Night Nurse' and the following year's 'Out Deh!', both on Island Records. He released dozens more albums before his premature death in 2010, but never hit the same creative heights again. Retrace Gregory's career before 'Night Nurse' however and virtually anything he touched is worthy of investigation. Take 'Ba Da' for instance. Recorded in 1974 and produced by Winston Holness (aka Niney the Observer) - it's crucial stuff.

Class. Utter class. I love me a bit of Greg'ri!

Big fan of the 'Cool Ruler'. Old Pa used to play Night Nurse at our family BBQ many moons ago. It's how I got introduced to Reggae. 'Material Man' being my fav from that album. This track is amazing, will itch my roots craving for some time.

What they all said. An' ting.

Yes indeed The Night Nurse album was my album of the year.