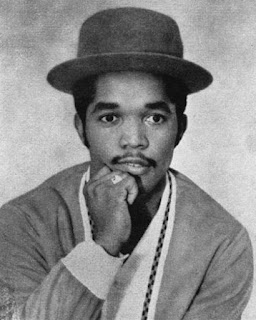 And so finally, finally, this turbulent year draws to a close. A year in which so many thousands of innocent people around the world lost their lives in horrific circumstances, the balance of political power shifted to a terrifying degree and where the grim reaper's scythe laid waste to unprecedented swathes of the entertainment industry. As a rule, I like to draw a line beneath what's gone before and stride forward into the new year with a renewed spirit of optimism, though this time around, like many of us I suspect, I'm struggling to muster any positive feelings at all for 2017. Let's hope we're all wrong.

One music industry loss that slipped by almost unnoticed this year, at least by the mainstream media, was that of the mighty Prince Buster, in September at the age of 78. His influence and legacy are virtually incalculable and certainly too far-reaching to summarise in a mere few hurried lines. So I'll stick to doing what I do best and play some music. This song seems a particularly apt one to go out on.

Happy new year everybody and thanks for stopping by over the past 12 months.

Prince Buster - Enjoy Yourself, It's Later Than You Think
Posted by The Swede at 07:00

Here's hoping that 2017 is not as bad as 2016
Wishing you and Mrs Swede a happy.healthy and prosperous New Year

Just come here from CC's place and here you are with another great track to end the year with. I of course only got to know about Prince Buster when I became a Madness fan in the late '70s but now really appreciate his legacy - Yes someone who slipped off quietly this year but probably the best way to go.

All the best to you and Mrs S for 2017 - I can only imagine it will be more of the same next year but despite all the sadness and the political shenanigans, I have enjoyed 2016 very much because of having discovered blogging! A world I didn't know existed this time last year and when all else is going to hell in a handbasket nice to have this little virtual world to visit.

A perfect song choice for the day - and the year!
Wishing you and Mrs S a very happy new year. It's going to be another weird one no doubt but as long as we're still in it along with like-minded folk there's hope. And we have to stay hopeful - it's the last vestige of sanity!

Things can only get better...

All the very best for the New Year to you and Mrs. S!

I hope it's not as late as we think.

HNY to you. The year of the Rooster, apparently.

Thanks guys! All the best for 2017 to you and your families.