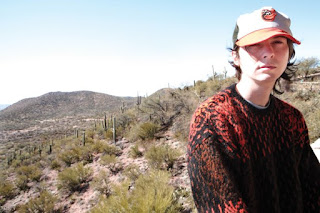 Panda Bear released 'Person Pitch', his fourth solo LP, during the two year gap between Animal Collective's 6th and 7th records, 'Feels' and 'Strawberry Jam'. An extraordinary piece of work it is too. Samples, loops, found sounds and layers upon layers of vocals combine to produce the kind of noise Brian Wilson might've concocted had the technology been available to him in 1966. This was my most played album of 2007 by a considerable margin.

With its faux sleigh bells it's got a, dare I say, Greg Lake Christmassy vibe going on: I believe in Brian Wilson. As you were.

I had forgotten all about Panda Bear and the Animal Collective. I loved this track, there is so much going on you have to just listen.