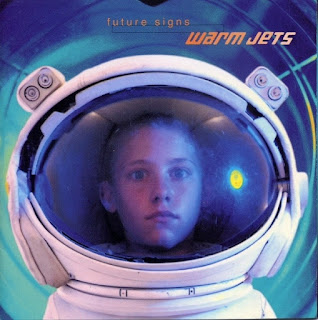 Never heard this one. During my time in the music wilderness. Sure sounds like a hit to me.

This was during my era in the record library, programming our Sunday indie show that the boss didn't listen to, and getting lots of freebie gig tickets (payola?) from record companies. I must have seen the Warm Jets once or twice, I certainly remember this song coming in again and again due to it's many re-issues.

I'm good friends with two of the Warm Jets. I've emailed them a link to this
Swc