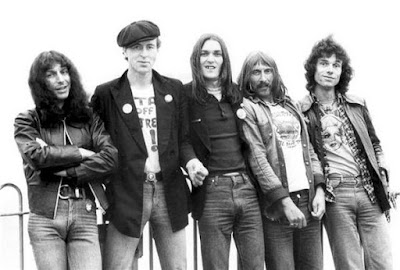 Hawkwind - Spirit of the Age (Unedited Version)
Posted by The Swede at 07:00

Sounding very Roxy like; gotta admit that after Silver Machine my Hawk knowledge is waffer thin.

Great stuff not an album I'm acquainted with as the next thing I have after Warrior on The Edge Of Time is Levitation.