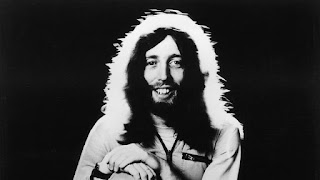 In the unlikely event that a modest windfall should come my way anytime soon, I'd give serious consideration to shelling out for the 22 CD Steve Hillage box set, 'Searching For the Spark'. I was a massive fan of Hillage's early solo albums in my teens and have been steadily reacquainting myself with his work, as well as that of many of his Canterbury scene alumni, over the past few years. In addition to compiling his own humongous career retrospective, Hillage has also found time to curate the forthcoming 13 disc Gong set, 'Love From Planet Gong, The Virgin Years 1973-1975' - another one to go onto my never-ending wish list.

Here's 'The Glorious OM Riff', the closing cut from Steve's 4th solo album 'Green', released in 1978. The tune incorporates musical elements previously explored on Gong's 'Master Builder', from their 1974 LP 'You' and therefore his former band-mates share a writing credit.

Steve Hillage - The Glorious OM Riff
Posted by The Swede at 07:00

Massive box sets, such as including to 22 discos, are really offputting to me. I take my hat off to anyone who can deal with them.

I was thinking about the Gong one myself. All this delving back has given me a right taste for psych and prog again.