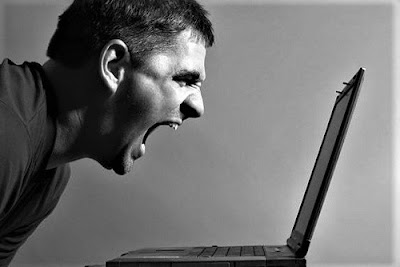 On Friday evening my laptop (formally my trusty laptop) screen froze and, then it went blank and I got a 'no bootable device' message. I ran a scan and it couldn't detect a hard-drive. On Saturday morning I took it to a local computer repair place who confirmed that the hard-drive was dead. The guy installed a new hard-drive within the hour and now it's like I have a brand new computer! For five years it's taken between 10-15 minutes to boot up, but now it's instant. Miraculous! He's trying to recover whatever he can from the old hard-drive, but even if he's able to retrieve anything, it's going to take him several days. It's mainly GB's of music which is neither here or there in the grand scheme of things, but also more importantly it contains hundreds of photos. More recent shots from my phone are automatically backed up to cloud storage, but older photos uploaded from my camera aren't (I know, I know...), so I've potentially lost virtually the entire record of my time with Mrs S. You may well have thought that I'd have learned from previous mistakes. Nearly 10 years ago I backed photos and diaries from an older laptop onto a mains driven external hard-drive, which literally went bang shortly thereafter. Nothing at all was retrievable that time. I lost the very earliest photos of me and Mrs S plus all my writings about her. Our history is gradually being erased. Very symbolic. On a positive note, the laptop is so fast now, it's amazing - like having a brand new piece of kit. Before you ask, yes I've ensured that everything going forward will be properly backed up, plus I've ordered a brand new portable external hard-drive for added security!
The only digital music currently left in the archive (other than hundreds of CDs of course) is on a small, much older portable hard-drive that I've been lugging around for years. I've completely forgotten what most of the stuff on it sounds like, but have been having a listen to various bits and pieces over the weekend. Here's a Kreidler tune from 1996 (....gulp.), though I suspect that I chanced upon it via a 2000 reissue.
Kreidler - Traffic Way
Posted by The Swede at 11:20

Reaches for his external hard drive!

One of those horrible 21st century stories- hope you recover some/ all of it. We're all so reliant on digital and hard dries. I empathise completely with the wonder of a souped up computer though. Blew my mind a few years ago when I got a new one.

Oh no, so sorry to hear this and really hope you can get most or all recovered, it's a horrible thing to happen. I'm sure many of us take so much for granted with digital storagea and you've reminded me that I must get a new flash drive to save some of my stuff to. (Even that isn't the perfect solution as I had a flash drive suddenly corrupt on me last year - better make that two new ones...)
Still, I'm glad your new laptop is so whizzy!

It must be horrible to lose files you hang to but it seems to be the dark side of technology. Hope you can restore most of the stuff you seemed to have lost. I remember when similar things happened to me many years before. Great stuff from Kreidler by the way.

I really hope your man can retrieve your photographs; I know I'd be absolutely heartbroken.

Thanks all. It's a nail-biting time...