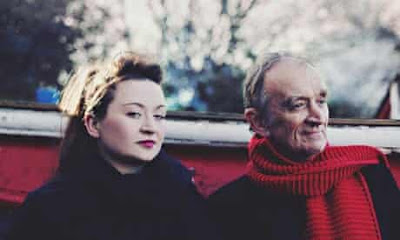 Both Eliza Carthy and her legendary dad Martin are making plans to hit the road again, individually and occasionally as a duo, following the immense loss of Norma Waterson at the end of January. I've seen Martin several times in the relatively recent past, but when I catch up with Eliza in the Summer, it'll be for the first time in at least ten years.

Here's a set from Eliza's self-titled 1997 album with the King's of Calicutt and Martin with the terrific 2006 re-recording of  'Famous Flower of Serving Men', an epic murder ballad I've been privileged to see him play a few times and which originally appeared in an earlier incarnation on his 1972 LP 'Shearwater'.

Famous Flower is a terrific song

During the most recent time I saw Martin perform it he made a small mid-song chord change fluff and endearingly told himself off between verses without breaking stride, saying '...silly bugger...'