Peace Will Come When All Hate Is Gone 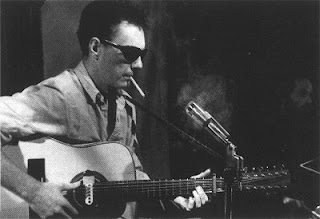 Had he still been with us, today would've seen Fred Neil celebrating his 86th birthday. Neil was already a figurehead of the Greenwich Village folk scene by the time a young upstart by the name of Bob Dylan rolled into town in 1961, but even earlier than that he'd worked in the Brill Building and had a hand in writing songs for the likes of Buddy Holly and Roy Orbison. Many of Neil's compositions are best known in the hands of other artists. Harry Nilsson's version of 'Everybody's Talkin'' won a Grammy after it was featured in the 1969 film 'Midnight Cowboy' and 'Dolphins' has been covered by the likes of Billy Bragg, Beth Orton and, magnificently, Tim Buckley. Neil drifted into semi-retirement in the mid-1970s and dedicated much of the last 30 years of his life to the preservation of dolphins.

Here's Fred Neil's original 1966 recording of 'Dolphins' and, from the previous year, perhaps my favourite of all his songs, the wonderful 'Little Bit of Rain'.

Another underrated artist. Thanks for bringing him back to my memory

I've got Bleecker and MacDougall. One of the many albums not to have been played for a long time.

Well done, Swede. A great artist we should continue to remember.

What a voice. It just breaks my heart.