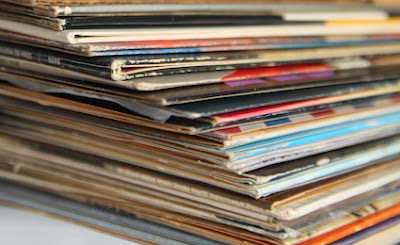 In 2016, for the first time that I can remember, I reckon I listened to more old records than new. If you knew me, you'd know what a tough thing that is for me to admit. Is it my age or a reflection of the terrible year we've endured? I don't know. What I do know is that, judging by a few of the other year-end round-ups that I've been keeping an eye on, I've missed out on some good stuff. Rest assured though, they're all on my never-ending list - I'll get to them, eventually.

So anyway, here's the first part of my album rundown - I'll put the Top 10 up between Christmas and New Year.

One of three albums issued by KC in 2016 (I featured a wonderful song from another of them here). Whatever the quantity, the quality never drops.

An album that revealed its charms to me gradually. I was unsure about 'Brilliant Sanity' on release. How wrong I was.

A fine pop record that, for me, just pipped 'Say It All With a Kiss', by Carla's other band TeenCanteen, also released this year. I'd be very happy to see either or both bands undertake proper UK tours in 2017.


17) Marisa Anderson - Into the Light

A solo album in the truest sense, with every instrument played by Anderson who describes the LP as '...an imaginary soundtrack to a science-fiction western'.

A rumination on a tumultuous year that saw the end of his band, Race Horses, and his personal relationship. Baroque flourishes jostle with big pop songs - and pop songs don't come much bigger than one I featured in an earlier post (here). Here's another one.

One of two incredibly dignified musical exits this year, though of course the other was a great deal more shocking to us all. 'You Want it Darker?' is almost unbearably poignant, showing an artist at the peak of his powers until the very end.

The surprise of 2016. 20 years after the last Iggy record of any substance, this terrific LP came out of nowhere. A full artistic rebirth or a full stop? Time will tell.

A comparatively recent arrival, discovered via a comment on a post over at Is This the Life and rarely far from my reach since then.
12) Ryley Walker - Golden Sings That Have Been Sung

I found myself a little underwhelmed with this album to begin with, though something kept pulling me back to it again and again - seeing Ryley transform the songs in a live setting no doubt helped me appreciate the bigger picture. Remember the days when we gave every new LP in our collection this much time and how richly we were rewarded for our efforts?

Brooklyn's marvellously named Beyond Beyond is Beyond Records have put out some extraordinary records this year, though none has been played to death by yours truly quite so much as 'In Time' by Stockholm's Our Solar System. Consisting of two long pieces, we're talking 'interstellar jazz-rock' here if you believe the blurb, though that description doesn't begin to do the music that this band makes any justice at all. It's the sort of album that could see you overshoot your destination should you choose to play it in the car - I know, I've done it.
Posted by The Swede at 15:44

"In 2016, for the first time that I can remember, I reckon I listened to more old records than new. If you knew me, you'd know what a tough thing that is for me to admit."

Yeah, I could have written that myself. That said, amid the ones I already knew, there were some interesting sounds to investigate further. Particularly liked the Morrissey-does-Smoke-On-The-Water sound of Meilyr Jones.

I'm another who echoes your feelings that 2016 was not a particularly strong year for new music, at least compared to the last few.

You know I like Teleman, but I think many would expect me to love Meilyr Jones, but I just couldn't endure the full album. My cheese monitor went into overdrive while listening to that. I also think I'm the only person on the planet who can't endure the Iggy album either.

TheRobster. I can quite relate to you not digging the whole Meilyr album. It took me a while and I probably only persevered because Marc Riley kept plugging away at it. I'm a bit shocked by the lack of love for Iggy though! :-)

"Remember the days when we gave every new LP in our collection this much time and how richly we were rewarded for our efforts?" So true. Looking forward to your top 10! PS Love the guy of course, but Iggy's album wasn't my cup of tea either...

I keep meaning to listen to Teleman so ta for the reminder.

I would have placed a fiver that Iggy Pop was going take your top spot. Great list. More than one of these were introduced to me via your pages, and I greatly appreciate that... especially King Creosote. I think I may have missed the boat with Ette. Tough album to find now, at least physically.

#18 "Lemonade" seems to trending in music this year. You picked the less popular alternative

#16: Not familiar w/ Meilyr Jones, I'm intrigued, have added album to my listen-list

#15: The title track on You Want it Darker still gives me chills, and the holocaust interpretation makes me respect the songwriting even more.

Look forward to the top 10!

I've just woken to the news that Mr. Cohen has left us. My world has indeed become much darker. Knowing that countless millions of his fans' are sharing my pain, is a comfort, but nothing will ever be the same again.