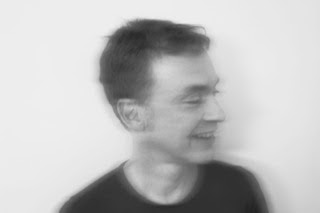 'Imagine Richard Youngs as the junior member of a cabal of prolific and puritanical English musician-mystics, including The Fall’s Mark E Smith, Van der Graaf Generator’s Peter Hammill, Martin Carthy and The Clangers’ composer Vernon Elliot, and still his nature will elude you.' - Stewart Lee.

Over the course of 150+ releases since 1990, Richard Youngs has shown a consistent disregard for predictability or genre specification, his music stretching from spoken word and acoustic avant-folk on the one hand, through to musique concrète and all out sonic dissonance on the other. Last year, fronting Glasgow supergroup AMOR, Youngs ventured into mutant disco, via a pair of outstanding 12" singles, 'Paradise' and 'Higher Moment', released on Night School Records

Youngs recorded his new LP, 'Belief', alone at home. It's the sort of idiosyncratic pop record Robert Wyatt might have made in the early 1970s, if he'd had access to contemporary technology. Tim Burgess describes 'Belief' as being 'sublime gnostic pop' and has issued the LP on his O' Genesis label.

It'll be among my albums of the year come December, without question.

Does make one recall Robert, doesn't it? Very good, too. 150+ albums? Bloody hell! I must look for more.