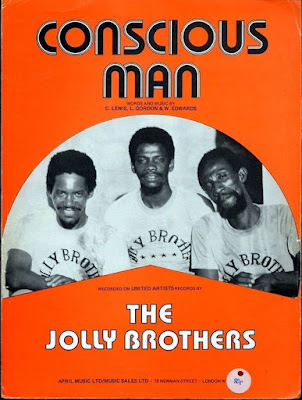 In the early 1980s, purely because I worked in a local record shop, I was offered the opportunity to host my own Hospital Radio show. Visions of being hailed as the new John Peel flowed through my mind and I readily accepted. When the day of my first show arrived, I headed off to the hospital with little preparation and no records. No need, I was told - the station had a bountiful supply of donated records, enough for a hundred shows. On arrival at the studio I was indeed greeted by a huge quantity of records...Manuel and the Music of the Mountains, Boxcar Willie, Val Doonican, Mantovani, James Last, Johnny Mathis, The Black & White Minstrels, Klaus Wunderlich you name them, they were all there on the shelves of a musical wall of horror. My heart sank.

Needless to say, from my second show onwards, I made greater preparations and took my own tunes. That first week, however, I went through every last record in the studio in an effort to find an hour's worth of broadcastable music - the pickings were very slim indeed. On-air, I mumbled and waffled from nerves and also to cover the fact that I had scarcely anything decent to play. Bizarrely and inexplicably however, I found a 7" single of The Jolly Brothers 'Conscious Man' in amongst all the dross. I played it instantly. Then I played the dub version on the b-side. Then I rambled on a bit about reggae in general, Lee Perry in particular and the Black Ark studio where the track was recorded in 1977...I might have even played the a-side again!

What the patients on the wards upstairs made of my efforts that day, or in the slightly more organised weeks and months that followed, is thankfully lost in the mists of time, but whenever I hear the distinctive, squelchy, #couldonlyhavecomefromtheblackark intro to 'Conscious Man' I'm transported back to that studio and the musical wall of horror.

The postscript to the story is that when I mentioned the Jolly Brothers 7" to the station controller, his reaction to it was much as mine was to the whole wall of horror! He told me to take the single home and keep it, on the grounds that it wasn't suitable for hospital radio and he had no idea where it came from. I couldn't do it though, even though I didn't then own a copy. I tucked it back into the middle of a pile of utterly naff singles in the hope that it would one day be re-discovered by a desperate DJ with similar tastes to my own. I wonder if it ever got another airing?
Posted by The Swede at 07:00

Great story and I'm sure you could have been the next Peel if you'd stuck at it. I have loved this record for many a year, so you were very lucky to find it at the hospital but I can see the problem with the title and much repeated refrain. I'm sure they were well into it on ITU.

An, yes, I remember the shelves of cross I had to wade through to find a half decent playlist... And I have much lower standards than you!

Great stuff - I'd have been very happy to hear the Jolly Bros from a hospital bed and I'm sure I'm not alone - what a shame it all had to be dumbed down. And at least it was Conscious... and not Unconscious... Man.

I do remember once visiting my mum in hospital and in the ward's TV/leisure room, amongst the magazines, were a pile of old singles, which I think had been donated but there was no record-player. Included in there were a couple of Yardbirds 45s - I asked someone about them and was allowed to take them home - very chuffed to get a nice copy of Happening Ten Years Time Ago from a most unlikely place!

I still find this idea of spinning records for hospitals fascinating. We have nothing like that here. When Rol told his tale a whole back I actually did some additional reading on the subject. Seems so foreign to this Yank.